Valverde has delivered La Liga titles in each of his two years in charge and Barça are top of the standings once more, but his team has already dropped eight points in just 11 games. Their two most recent outings have ended in major disappointing, slumping to a 3-1 defeat away at Levante and then failing to beat Slavia Prague at home in the ​Champions League.

ESPN cites ‘sources’ to explain that while president Josep Maria Bartomeu still supports Valverde and isn’t in the habit of making ‘rash decisions’, there could well be a ‘re-think’ over the next few weeks if results and performances remain below the standard the club expects.

​Barça have been criticised this season even after wins and there are fears of a general malaise that appeared to grip the club towards the end of the 2018/19 campaign. ESPN even notes that there was a ‘sour atmosphere’ in the dressing room after 0-0 against Slavia on Tuesday.

It is further alleged that some within the club feel there are tactical shortcomings and that training sessions should be more intense than they are. 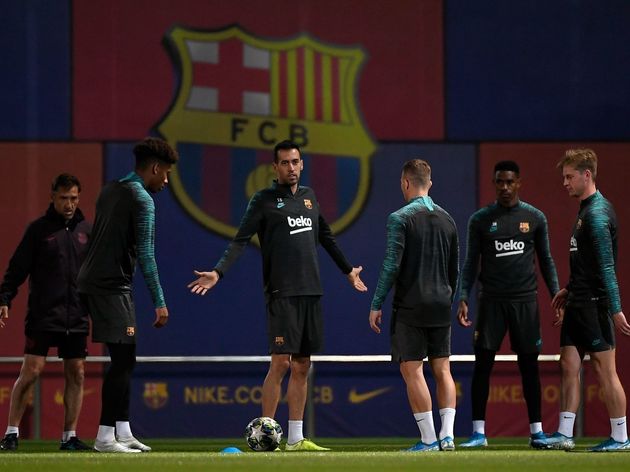 Former Monaco and Argentina midfielder Marcelo Gallardo is one name that has been linked with the Camp Nou job should Valverde be shown the door. The 43-year-old is currently in charge at River Plate, where he had three spells as a player, and has won two Copa Libertadores titles since 2014.

Barcelona are not believed to have made any contact with Gallardo, but River Plater sporting director Enzo Francescoli has claimed that the Catalans are keeping an eye on him.

Francescoli, himself also a former River Plate star, told TyC Sports in Argentina he is “...glad that Barcelona are watching [Gallardo] because of the importance of that club.” However, the Uruguayan clarified there has been ‘nothing about a possible hiring’.

Whether things could change at the end of the year is another matter. Gallardo’s River Plate will soon face Brazilian club Flamengo in the 2019 Copa Libertadores final, looking to become the first team to successfully retain the trophy since fierce rivals Boca Juniors in 2001.

“Every year Gallardo makes an evaluation in December and then makes the decision to continue. That is a personal choice for him and his staff,” Francescoli said.