Atletico Madrid blew their chance to put Champions League knockout stage qualification to bed on Wednesday evening, slumping to a 2-1 defeat at the hands of Bayer Leverkusen.

Leverkusen were by far the better team in the first half and finally made their dominance count in the 41st minute, courtesy of Thomas Partey's comical own goal. As a cleared corner was sent back into the penalty area, the Ghanaian got his header completely wrong and watched it sail beyond Jan Oblak to gift Leverkusen a deserved lead.

The warning signs should have been there for a below-par Atletico defence, Felipe turning one of many Leverkusen corners onto his own bar just minutes earlier. Diego Simeone made a bold change on 52 minutes, bringing the attacking Thomas Lemar on for left-back Renan Lodi.

Ironically, it led to Leverkusen doubling their lead just minutes later. Koke temporarily dropped into defence but got his positioning all wrong, offering

Leverkusen almost had a third - Atletico yet again gifting corners and failing to deal with them - when an inswinger from Kerem Demirbay was flicked on and Oblak clawed it off his line. A melee between the players ensued and the referee issued four yellow cards once it died down. He was forced to reach for a red card on 84 minutes as Nadiem Amiri recklessly slid through Santiago Arias on the touchline. It's an own goal on our 7th corner of the match, but we'll take it! Charles Aránguiz was the player to force it!#B04Atletico pic.twitter.com/29RLzdnoEk

Atletico have really lost their aura under Simeone as of late, has he lost ideas to get the best out of his team? #B04Atleti

STAR PLAYER - It wasn't difficult to be Los Rojiblancos' best player on Wednesday evening. It was an abject performance from a team whose defenders played poorly, midfielders overrun and strikers starved of service.

Thomas Lemar might have played for less than 45 minutes, but he provided some movement off the ball and tried to get Atleti passing the ball with a little more tempo.

He adopted a free role and dropped into whichever space was available to create attacking moves, but sadly none of them came to anything. A smart free-kick and floated ball over the top for Angel Correa were the highlights for a player who will be confident of retaining his place for the weekend's fixture with Espanyol.

Lemar with another good cameo

lemar having a great game, now just need to get the attempts in 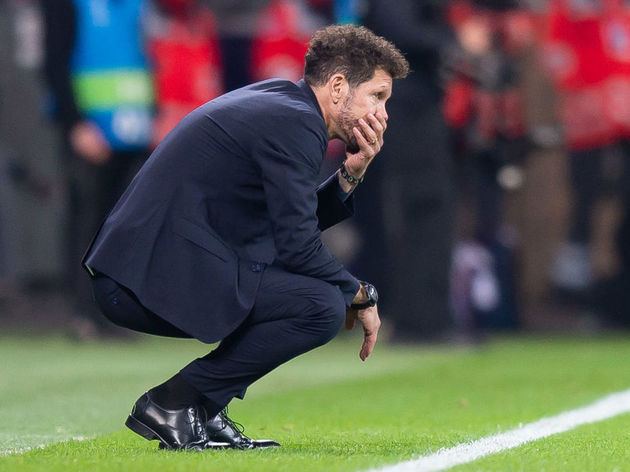 Diego Simeone's side are about to enter a tricky run of fixtures, resuming La Liga action by welcoming Espanyol to ​Barcelona