Tottenham secured a morale boosting victory on Wednesday night as they brushed aside Red Star Belgrade to significantly increase their chances of reaching the Champions League knockout stages.

Despite Spurs seeing plenty of the ball early on, it was the hosts who spurned a glorious opportunity to get their noses in front when

The deadlock was finally broken in outrageous circumstances, as a goalmouth scramble in the Red Star box saw ​Harry Kane and ​Son Heung-min hit the post and crossbar respectively, before Giovani Lo Celso finally applied the crucial finishing touch.

The home side were then denied by the post and crossbar before the break, in another bizarre passage of play that saw Rajiv van La Parra nearly level matters before Davinson Sanchez hit his own crossbar.

The game was then put to bed within the space of four second half minutes as Son smashed home from Dele Alli's through ball before tapping into an empty net after a sweeping team move. Substitute Christian Eriksen put gloss on the scoreline, but the result was assured as soon as Son grabbed the second on what was a solid night of ​Champions League work. The key contrast in this ​Spurs side that indicated we may witness a different performance to the ones who trudged their way through 11 Premier League matches was Mauricio Pochettino's lineup. With Eriksen nowhere to be seen in the starting XI, it was summer signing Lo Celso who got the nod, showing promising signs in possession as Spurs looked comfortable. Madness ensued at both ends in FIFA-esque moments, but it was Tottenham who grabbed the crucial goal that their performance warranted. They weren't without their dodgy moments, however, with centre back pairing Eric Dier and Sanchez looking shaky when Red Star made a rare exertion forward.

In the second half, Spurs continued to keep hold of the ball in advanced areas, with their patience eventually telling in superb fashion with two excellent goals to lift the mood on a dreary night in Belgrade.

Granted, Red Star put in an underwhelming showing, but with their current struggles Spurs will take whatever they can get. And, as they say, you can only beat what is in front of you; something Spurs did relatively comfortably.

Take this lineup and play it against Sheff U and MP will do no wrong by me & i’d think a lot of Spurs fans. Revert back to the dross he has selected recently & he’s as good as gone. So many positives & can only get better with games. Some positivity at last this season.

It appears that when Spurs play their best players, they play better. 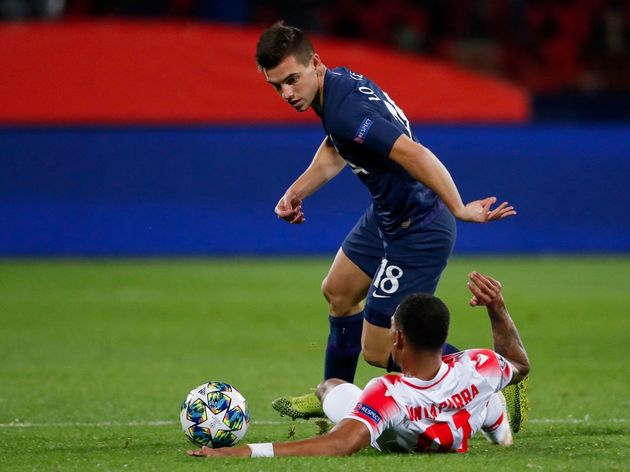 However, when given the nod from the start he showed Spurs what they had been missing with some neat technical ability and assured distribution. His goal was one that will certainly live long in the memory, for a multitude of reasons, but his showing on Wednesday should convince Pochettino he needs to be starting week-in, week-out.

These balls in the box from Lo Celso is something we’ve been crying out for.

6 - Giovani Lo Celso has scored his sixth goal in his last eight appearances across the Europa League/Champions League, with this his first goal in any competition since April. Ping-Pong. pic.twitter.com/vRv1wedJSN

Spurs are back in London on the weekend when they host Sheffield United in the ​Premier League on Saturday, hoping to secure just their fourth win in the league this season.

Meanwhile, Red Star are in action on Sunday lunchtime as they travel to mid-table Javor looking to maintain their six-point lead at the top of the Serbian SuperLiga.