Robert Lewandowski has been in red-hot form so far this season and notched his 22nd goal in all competitions this term with another strike in the Champions League as Bayern Munich eventually eased to a 2-0 victory over Olympiacos on Wednesday.

There was some anxiety around the Allianz Arena following the sacking of Niko Kovac, and Bayern certainly took their time in securing the victory, labouring through a particularly uninspiring first half in Bavaria.

However, Lewandowski showed his predatory instincts by flicking in Kingsley Coman's powerful cross in the 69th minute, before substitute Ivan Perisic wrapped things up with a tap in shortly before full time. 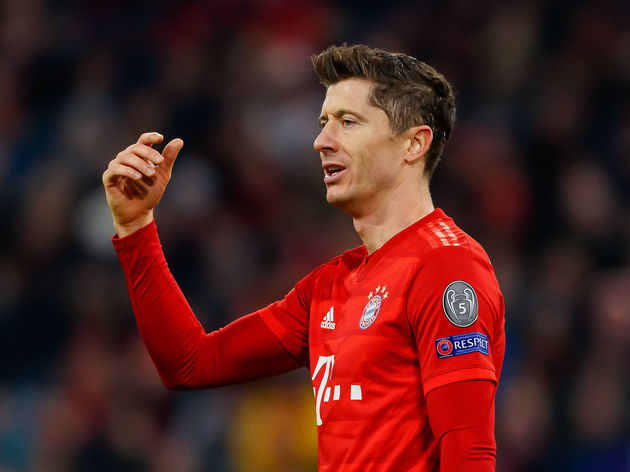 And by scoring against the Greek giants, Lewandowski joined an exclusive group of players who have excelled in the Champions League over an extended period of time.

As revealed by Opta, his strike on Wednesday means Lewandowski became the third player to score in eight consecutive Champions League group stage appearances, after Cristiano Ronaldo (nine, 2012 to 2014) and Lionel Messi (eight, 2015 to 2017).

That's some esteemed company for the Poland international to be keeping, and there are plenty of fans out there who believe he is now the third best player in the world, behind Juventus' Ronaldo and Barcelona's Messi.

But while Lewandowski has undoubtedly excelled so far this season, Bayern's form has been a bit more patchy. Domestically, at least.

The recent 5-1 defeat at Eintracht Frankfurt resulted in Kovac getting the boot and means Bayern are now off the pace in the Bundesliga title race, four points behind current leaders Borussia Monchengladbach.

Their Champions League campaign is still well on track, however, with the victory over Olympiacos sealing the German giants' progression into the last 16 of the competition, boasting a more than healthy goal difference of plus 11.

They may behind other sides who have impressed in the competition like ​Liverpool, ​Manchester City and Paris Saint-Germain in terms of the current favourites, but ​Bayern will remain quietly confident they can claim their first ​Champions League title since 2013.