​The official match ball for next year's UEFA Euro 2020 has been revealed by adidas, drawing inspiration from the revamped format that will be implemented for the quadrennial tournament.

Named in honour of the unity and the euphoria that football can bring, the ball is designed to celebrate the togetherness that next year’s tournament will inspire across the continent as part of its new look for 2020. adidas' new ball features a myriad of different colours, but predominately white with striping in neon blue, yellow and pink, while the panel shape and materials mirror the Telstar 18 World Cup ball of last summer.

Comprehensively tested to make sure it is fit for such the showpiece event, the official ball has an excellent shape, precision, flight stability, predictability after bounce and durability, in what is the latest in technological advances by the German manufacturer.

A new format awaits the 55 competing countries as they vie for a spot at next year's tournament. There are 20 places available for the competing nations this year, with ten qualifying groups - of five and six teams - with the top two countries from each group going through automatically.

However, the format will remain the same as Euro 2016 - six groups of four teams, with the top two and the best four third-placed teams going into the last 16. 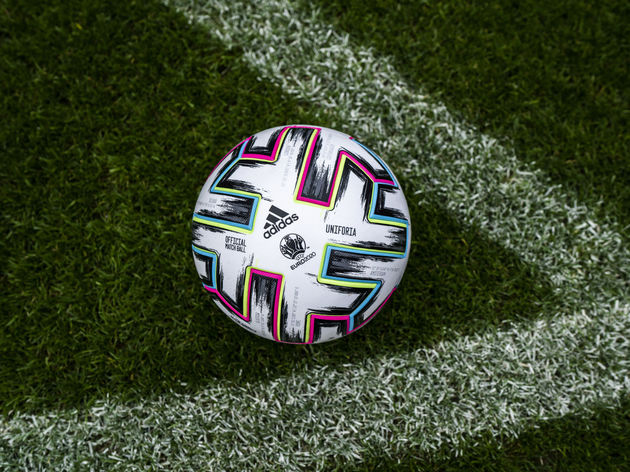 Additionally, next summer's European Championship will look a lot different to previous versions of the competition. For the first time in its history, the 2020 edition will be played out across Europe, with games in 12 different countries. Wembley Stadium will host the two semi-finals and the final, and the new European champions will be crowned on Sunday 12 July 2020.

The UEFA Euro 2020 ball will be available to purchase online, in adidas retail stores and selected retailers from 7 November.