Bayer Leverkusen vs Atlético Madrid: 5 Key Stats & Facts to Impress Your Mates Ahead of Crunch Clash

​Bayer Leverkusen host Atlético Madrid on Wednesday night as they look to save their own skin in Champions League Group D.

It is very much a group of two halves, with Juventus and Atlético running away at the top end with seven points each, while Lokomotiv Moscow and Leverkusen have been left behind on three and zero points respectively.

The side from west German know that only a win will do if they want to keep their place in Europe's stellar club competition this season.

Contrastingly, victory for ​Atlético should all but see them through to the last 16 with Lokomotiv facing a tough task against Juve.

Here are some key facts and stats courtesy of Opta ahead of Wednesday night's match. 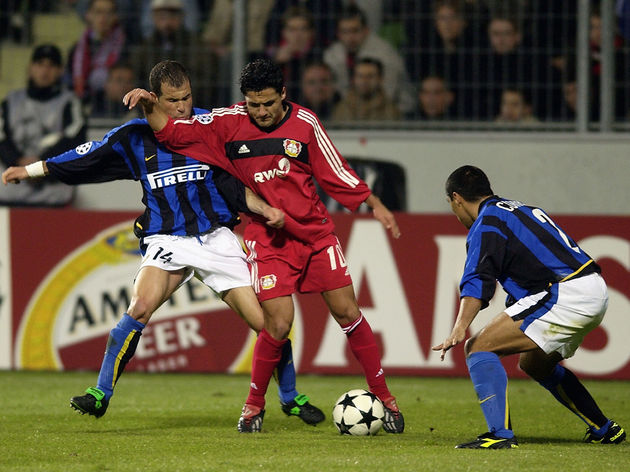 Well, it doesn't even look like they're going to be afforded that luxury on this occasion.

are marooned at the bottom of the group on zero points at the halfway point in the group having lost three in three, and they are now reliant on a miracle in their remaining three group games.

Die Werkself have only endured a longer losing run once previously, losing seven in a row in the 2002-03 season. While the situation looks desperate, they can take inspiration from a certain English side when it comes to progressing to the last 16 having lost their opening three Champions League games.

That's right, you guessed it, it's ​Newcastle United. Only five managers have previously won none of their first 10, most recently Giorgos Donis in 2017/18, who won none of his 12 games as APOEL Nicosia manager. Worryingly for the ​Bundesliga side, Atlético love to beat them. In fact, they have only beaten one side more than them in the Champions League.

PSV Eindhoven are their unfortunate whipping boys, while In this season’s Champions League Leverkusen have had 67 passages of play featuring at least 10 uninterrupted passes, the most in the competition alongside ​Manchester City, and 31 more than their opponents Atlético (36).

If only they had the goalscoring touch of Pep Guardiola's men, they might actually be a threat to the tournament's top dogs.