Lokomotiv vs Juventus: 8 Key Facts & Stats to Impress Your Mates Ahead of Champions League Clash

​will look to keep their faint hopes of qualifying for the knockout stages of the Champions League alive by pulling off a surprise result when they host Italian giants Juventus on Wednesday in Group D.

The two sides met just two weeks ago as Juventus left it to late to come from behind and win 2-1 thanks to a late Paulo Dybala double, having previously trailed 1-0.

That victory means they go into matchday four top of the group, ahead of Atletico Madrid on goal difference.

Lokomotiv trail Juve by four points and currently occupy third place ahead of Bayer Leverkusen. A victory for Juventus is expected - which in turn would see them qualify for the next round- but it could well be a really tight battle.

Therefore, to sharpen up your knowledge ahead of this important clash for both teams, here, with a little help from ​Opta, are some of the best facts and stats to take note of.

Lokomotiv Moscow have not found life easy when they have faced Juventus in the past, with the Russian outfit losing all three of the previous meetings.

As well as losing last month in Turin, Lokomotiv lost twice to them in the 1993/94 season in the UEFA Cup, with Juventus winning 1-0 away in September 1993 in Moscow. Manager Yuri Semin will be hoping his side can end this run and pick up a result on Wednesday. They have also lost to Atletico Madrid three times before; with these two teams the sides Lokomotiv have lost the most amount of games to in UEFA European competitions. If Lokomotiv were to lose on Wednesday, they would have lost to Juventus more times than they've lost to anyone else in Europe. 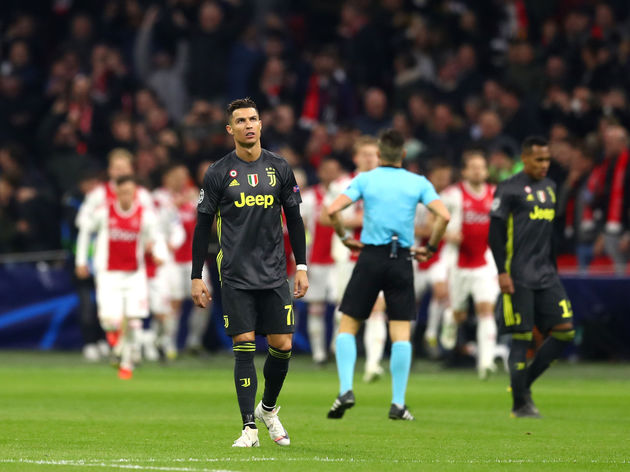 Juventus manager Sarri is currently on an incredible 19 match unbeaten run in Europe, combined across the Champions League and the UEFA Europe League. In this run he was won 15 times and drawn just four, leading his former ​Chelsea side to glory in the Europa League in Baku in May.

He last tasted defeat in Europe in February 2018 with Napoli in the Europa League against RB Leipzig. Last time out against Lokomotiv, Ronaldo failed to find the net with the eight shots he had, meaning he has been made to wait until matchday four to see if he can accomplish yet another record.

Lokomotiv striker Eder has endured a terrible time in the Champions League in recent years. The forward has been on the losing side in each of his last nine games in the competition, in a run dating back to October 2012 when he played for Braga.

The last player to lose on ten consecutive starts in the competition was Junior Fernandes, who lost 11 times in a row for Dinamo Zagreb before finally ending that run in December 2016. Last time out, Juventus recorded 28 shots against Lokomotiv, their most in a Champions League match since October 2012 when they peppered FC Nordsjaelland’s goal with 33 efforts.

Dybala found the net with two of those efforts that night and in turn moved to 13 Champions League goals for the club, overtaking Pavel Nedved on 11. The only non-Italian player with more goals in the competition for Juventus is David Trezeguet, who scored 25 between 2000 to 2010. ​Lokomotiv’s Aleksey Miranchuk has enjoyed a solid campaign so far, netting once and providing two assists in his last five appearances in the Champions League.

However, he has ended up on the losing side in all three games in which he’s directly contributed to a goal, so maybe those Lokomotiv supporters will be hoping someone else can step up and score against Juve.