Havertz rose to prominence last season when he scored 17 Bundesliga goals from midfield and has previously been heavily linked with Liverpool and Bayern Munich, as well as drawing interest from Barcelona and speaking to international colleague Toni Kroos about life in Madrid. United have already been tipped to move for West Ham’s Declan Rice in January, but new gossip suggests an attacking right-sided midfielder in the shape of Havertz is the primary target for summer – it is worth noting that the player told Marca this week he wants be a ‘number 10’.

The Daily Star alleges that £80m-rated Havertz is therefore the ‘No.1 target’ for manager Ole Gunnar Solskjaer, while Woodward is said to be ‘confident’ of putting together a deal that Leverkusen will be ‘unable to turn down’. It is ambitious talk.

The tabloid further claims that ‘senior scouts’ from United will be in Germany on Wednesday night to watch Havertz in action against Atletico Madrid in the Champions League.

According to ESPN, Barcelona will also have eyes on Havertz against Atletico this week, although there have, as yet, been no talks about any potential deal.

In the aforementioned interview he has given to Marca this week ahead of that clash with Atletico, Havertz was asked about his future being in either England or Spain. 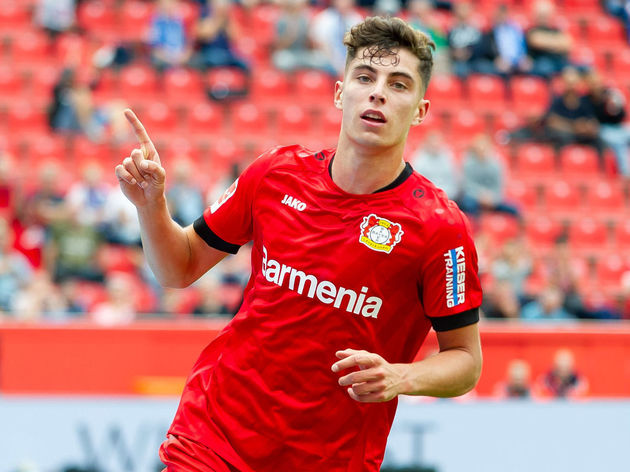 He insisted that his immediate commitment is with Leverkusen this season but certainly did not rule out a move abroad. He even expressed confidence he could be a success elsewhere.

“I think I’ve picked up enough international experience at Leverkusen,” the player said.

“I know the rhythm of these international matches and I’m confident that I can go abroad at any moment and play at clubs outside of Germany. For the moment, I want to have a good season. Afterwards, we’ll see.”

Havertz also jokingly revealed that Germany teammate and Real star Toni Kroos has told him that the ‘weather is always good [in Madrid]’.