​Liverpool forward Sadio Mane has discussed his partnership with 'exceptional player' Mohamed Salah, claiming the two 'speak the same type of football' despite the odd falling out.

Mane has been in excellent form so far this season, scoring eight times in 15 appearances, with the Reds sitting six points clear at the top of the Premier League.

However, the former Southampton man was visibly annoyed with Salah on the pitch earlier this season, when the Egyptian failed to pass to him against in the win over Burnley. Mane reacted angrily when being substituted in the 3-0 victory, sparking speculation on the pair's relationship.

To deter the media conjecture, Salah tweeted a photoshopped video of two children (with the two footballers' faces) running towards each other and embracing.

Later, Mane ​spoke out about his minor outburst (and ​then again) insisting there is no bad blood between himself and Salah.

However, that didn't stop Ballon d'Or organisers ​​France Football from probing once again in an interview with Liverpool's Senegalese star. "But it remains a great pleasure to play besides him because I have the feeling we speak the same type of football.”

Also in the interview with the French magazine, Mane spoke about his 'true friend' Naby Keita, backing the midfielder to come good for Liverpool once he gets to grips with the language.

Mane said: “[Keita] is more than a friend for me, he’s a brother. It hasn’t been easy for him lately because he was injured for a long time. But I know he’ll come back at his best, because he’s working hard to do so. 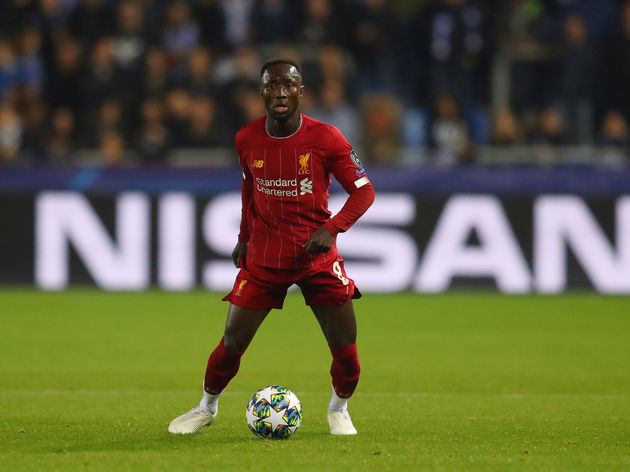 "He just needs to improve his English to be understood more by everyone, but to be able to count on a true friend in the group, that’s priceless. It’s even calming at times."

​Liverpool fans have been somewhat underwhelmed by the £52m Guinean midfielder so far, as he has failed to replicate his form he showed with Leipzig, which earned him a move to Merseyside in 2018.

The 24-year-old has made just two substitute appearances (totalling 14 minutes) in the Premier League this season and started just one of Liverpool's Champions League matches so far.