​Manchester United have no intention of parting ways with defender Marcos Rojo in January, even though he came close to joining Everton in the summer.

The Argentine looked destined to be heading to Goodison Park in the final stages of the summer transfer window, only for the move to be called off at the last minute. 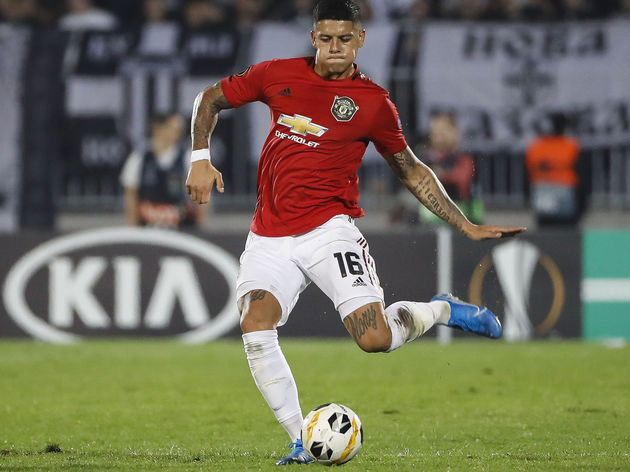 The 29-year-old has since returned into ​United's first-team fold, ably deputising at left back for the injured ​Luke Shaw. He has also appeared in central defence when United have played three centre halves, but has been unable to dislodge £80m summer signing ​Harry Maguire and Victor Lindelof in order to become a regular starter.

His reintegration into the first team looks to have done enough to convince manager Ole Gunnar Solskjaer that he wants ​Rojo to stick around, with ​The Sun reporting that any approach in January will be rebuffed.

It's claimed that the Red Devils have told Rojo's representatives that even if their valuation - which was thought to be around £25m in the summer - is met, they will not risk weakening their backline by sanctioning a departure; the club have already allowed Chris Smalling to depart for Roma on a season-long loan back in August.

A club insider is alleged to have told the newspaper:

“He hasn’t moaned about it, Ole knows he is a top defender when he can keep himself fit.