​Manchester United midfielder Paul Pogba is expected to miss at least four more weeks as he looks to finally overcome the ankle injury which has plagued his start to the season.

After missing three games with an initial ankle injury, Pogba broke a bone in his ankle at the end of September and has not been seen since, missing United's last seven games as a result of the issue.

According to ​ESPN, the cast which ​Pogba is wearing because of the injury will be taken off in ten days time, after which he will need at least another two weeks of rehabilitation.

Pogba will only be permitted to return to training once that recovery process is completed, so then it will then be a case of allowing him to build up match fitness before he can think about returning to games.

​United are hopeful that Pogba will be able to return before the end of December to help them cope with their busy schedule, but they are adamant they will not risk his fitness by rushing his return. 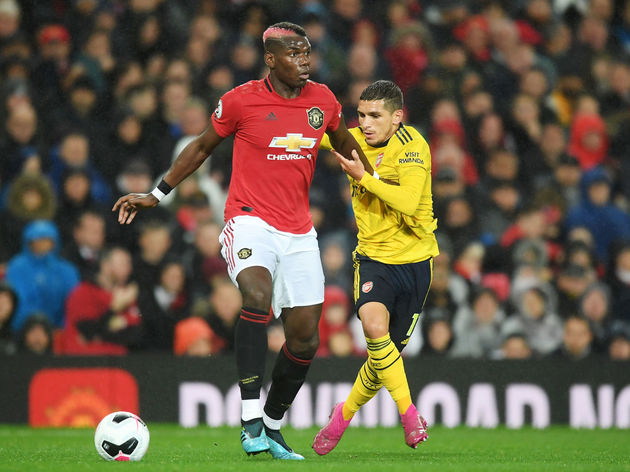 As a result, he is expected to miss the remainder of United's Europa League group stage games, as well as important ​Premier League fixtures against the likes of ​Tottenham and ​Manchester City in early December.

Their busy period begins on 22 December when they face ​Watford, and United will go on to meet ​Newcastle, ​Burnley and ​Arsenal in the space of ten days, but there appears to be some optimism that Pogba will be back in time to help out.

In his absence, manager Ole Gunnar Solskjaer has preferred a midfield pairing of ​Fred and Scott McTominay. The young Scot has looked incredibly impressive, but that has not been enough to steer United away from their shaky start to the season. United have won just one of their last four league games without Pogba, and Saturday's 1-0 loss to ​Bournemouth has seen them drop to tenth in the Premier League.

They currently sit ten points away from the top four, so club officials want to see Pogba return before that gap gets any bigger.