​You wake up - it's still dark. You look out of your window - it's drizzling. You go outside - it's too damn cold. It can only mean one thing...

Yes, the January transfer window isn't too far away and the rumour mill has gone right back into overdrive. The rumour mill has been filled with intriguing news stories, worrying tales of player exits and some absolute drivel.

Here's a look at the latest juicy gossip doing the rounds...

United vs Spurs vs PSG There has been plenty of speculation regarding the futures of goalkeepers at ​Manchester United, Paris Saint-Germain and ​Tottenham Hotspur in the year of 2019.

Unlike his counterparts, David de Gea appears set to stay with his current employers after agreeing a new four-year deal at Old Trafford, yet the Red Devils are reportedly in for Ajax shot-stopper Andre Onana.

According to Dutch news outlet ​De Telegraaf, they will compete alongside PSG and Spurs for the 23-year-old's signature, but it'll cost as much as ​Barcelona If he wasn't already, Brendan Rodgers must be the most disliked man in the green half of Glasgow. He walked out on Celtic midway through last season, yet his return is nigh as the Northern Irishman looks to snatch Kristoffer Ajer from his old club's clutches.

That's what the ​Daily Record are reporting, with Rodgers' new side ​Leicester City sending scouts to watch him as they weigh up a £20m move for the Norwegian centre-back, who continues to blossom in the heart of the Bhoys defence.

Aged just 21, Ajer is already one of Celtic's most reliable performers - meaning they won't let him go without a fight. It seems the Foxes may have to include Filip Benkovic in any deal for the Celtic colossus after the former spent last year on loan with the Scots.

Fernandes to Replace Eriksen at Tottenham The story of the summer is back, only now it's winter. Will we have a different ending to last time? There's reason to believe we will indeed.

Portuguese newspaper ​A Bola write that Bruno Fernandes is once again on Spurs' radar as they prepare for life without Christian Eriksen. Or more to the point, Tottenham want the Dane gone so they can get on with their move for the Sporting CP playmaker.

The Lilywhites are apparently 'attentive to everything he does' in the Primeira Liga and will reopen negotiations with the Lisbon club as soon as Eriksen is sold to Real.

The Portuguese outlet are convinced Spurs will bring in Fernandes, saying the ​Premier League side will 'almost automatically' replace the wantaway midfielder. Karlan Grant and Ben Davies are at opposite ends of the ​Championship table, but the duo have both been at the top of their game in 2019/20.

22-year-old ​Huddersfield Town striker Grant is sitting on eight goals and two assists for a side that have only scored 17 all season, the Terriers languishing in 18th place. Meanwhile, ​Preston defender Davies has been at rock at the back for promotion-chasing North End.

Well, they may each have earned a shot at Premier League level, with the ​Express claiming ​Wolves will bid £10m for the forward pair in January, whilst the Sun (via ​Birmingham Mail) report the Wanderers are keeping a watchful eye on the high-flying left-back. 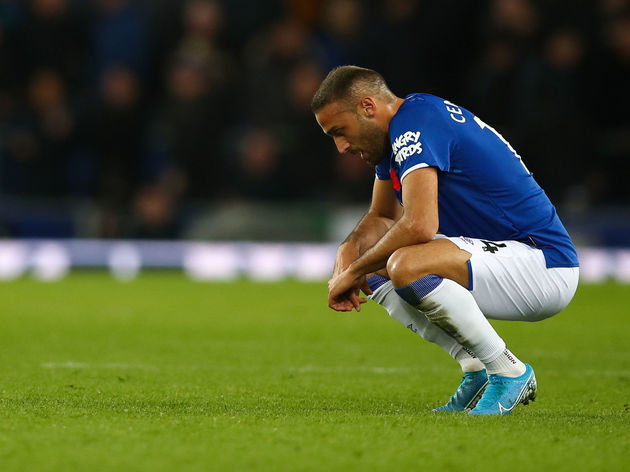 Many fans had forgotten Cenk Tosun even existed until his 97th-minute equaliser against Tottenham on Sunday. One man who was always aware of the Turk's presence at ​Everton, however, is Besiktas president

Unfortunately for the forward, the Black Eagles chief has revealed Tosun's proposed homecoming is unlikely to come anytime soon.

Speaking to Bein Sports Turkey (via ​Futbol Arenaa), Cebi said of the ex-Besiktas striker: "[He]