Bayern Munich's disappointing run of form reached its climax on Saturday as the defending Bundesliga champions were thumped 5-1 by Eintracht Frankfurt. After the defeat, manager Niko

With no immediate replacement prepared, Bayern have now begun looking for a new full-time boss and there are a number of candidates who have already been linked with the position.

Let's take a look at seven of the managers in the running for the vacant position. In terms of high-profile managers who are currently without a job, they don't come much bigger than former ​Juventus manager Massimiliano Allegri.

According to Corriere dello Sport (via ​Sport Bild), ​Bayern have made Allegri their top target, and that would certainly make sense. Having won five consecutive ​Serie A titles, he is the kind of serial winner which Bayern are used to having.

Given he is without a club, Allegri could be hired immediately and Bayern will certainly like the sound of that. One man who can rival Allegri's reputation is former ​Chelsea and ​Manchester United boss José Mourinho, who is looking to get back into work after leaving Old Trafford in late 2018.

Given his immediate availability, Mourinho has emerged as another potential candidate, and Bayern legend Bastian Schweinsteiger told ​Deutsche Welle than Mourinho would be a good fit in Germany. Should Bayern prefer somebody with Bundesliga experience, they could turn to Red Bull guru Ralf Rangnick. The German, who is currently Red Bull's head of sport and development, has spent time as manager of both RB Leipzig and Hoffenheim.

​The Guardian claim that Rangnick has worked his way onto Bayern's radar. The club have been impressed with his commitment to player development, and his knowledge of the league is said to work in his advantage.

Manchester United are also thought to be keeping a close eye on Rangnick, so Bayern may have to act soon if they want to get their man. Ajax manager Erik ten Hag has blossomed into perhaps the most in-demand manager around after his tactical genius helped steer Ajax to the ​Champions League semi-final last season.

​Sky Deutschland state that Bayern have already reached out to Ten Hag about their vacant managerial position as they see him as the perfect long-term solution. However, the problem is that Ajax won't let him go midway through the season.

If Bayern really want Ten Hag, they could simply hire an interim boss to get them through to the end of the season, when a move for the Dutchman could be on the cards. 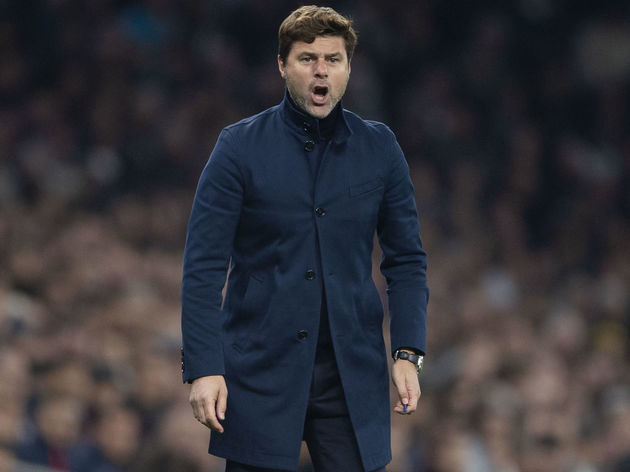 So far, we've had reports which state that both Allegri and Ten Hag are Bayern's top candidate, and now we've got a third which says that ​Tottenham Hotspur​'s Mauricio Pochettino is their favourite.

That's according to ​Sport1, who claim that Bayern director This latest rough patch was not Kovač's first in charge of Bayern, as his position actually came under threat in November 2018 after a string of unconvincing results.

Back then, Bild (via ​Sport Witness) claimed that former ​Arsenal boss Arsène Wenger was being considered for the role because of his experience dealing with both youngsters and world-class stars.

With the iconic Frenchman still available, Bayern could look to reignite their interest in Wenger now that Few managers have made an impact in the Bundesliga quite like Julian Nagelsmann. The young boss made his name with Hoffenheim before switching to RB Leipzig in the summer. However, before taking that job, he admitted the Bayern job was of interest to him.

"This [Bayern] is a nice club. Of course I can imagine that someday I will be a coach there," Nagelsmann told ​Bild.

Given their love of poaching the Bundesliga's finest young talents, a move for Nagelsmann would make complete sense for Bayern. Leipzig would certainly not want to lose him, but when was the last time that stopped Bayern?