Manchester City manager Pep Guardiola has confirmed that he will likely be without midfielder David Silva for Sunday's crucial trip to Liverpool.

The Spaniard limped off at half-time against Southampton on Saturday, and it was initially uncertain whether it was precautionary or something more serious. 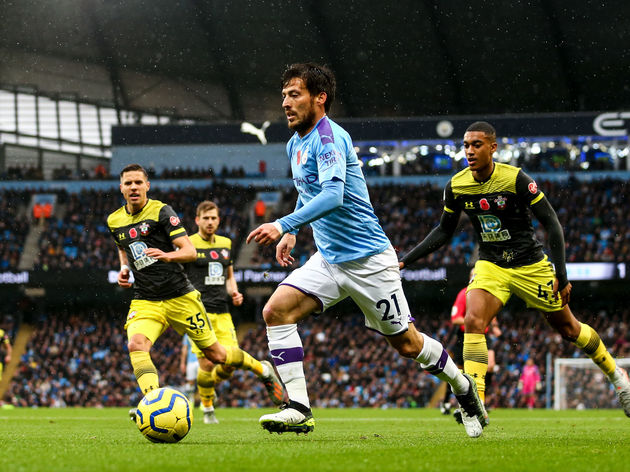 Speaking after the game via the club's ​official website, Guardiola confirmed ​Silva suffered a muscular injury during the game, which will almost certainly rule him out of both Wednesday's Champions League meeting with Atalanta and the trip to Anfield. The meeting with Liverpool appears set to be crucial in the race for the ​Premier League title. Jürgen Klopp's side could increase their lead at the top of the table to nine points, whereas ​City could cut it to just three with a victory of their own.

However, Guardiola was adamant that he will not prioritise that match over the meeting with Atalanta, insisting he will put out his strongest side to try and win as much silverware as possible.

“Do you think we can four titles in one season by prioritising games?” he said. "No. We are going to play with the best team as possible to win in Italy against Atalanta and after that Anfield. Nobody can assure me don’t do what you have to do at Atalanta to make a better performance against Liverpool. “The best way to face Atalanta is the way we played against ​Southampton.

“They can score four, five six goals every game.