​Gareth Bale did not stay until the end of either Real Madrid's 5-0 victory over Leganes on Wednesday evening or the 0-0 draw with Real Betis on Saturday. However, Zinedine Zinedine has insisted the player had permission to do so, while his exit did not conflict with club policy.

Los Blancos put in a strong performance midweek without the injured Bale, taking a three-goal lead inside the opening 25 minutes against the struggling La Liga outfit. The Welsh star attended the match to support his teammates, but headed for the exit on 82 minutes, missing Luka Jovic's late strike. However, Bale's early departure did not conflict with the club's policy, which forbids players from leaving the stadium before the 80th minute if in attendance. When questioned after the game on his forward's actions, coach Zinedine Zidane played down any possible sanctions for the 30-year-old, as reported by ​Marca.

"I spoke to him in the dressing room," Zidane said. "If he left early, it's because he has permission to do so."

Bale, along with James Rodriguez, also apparently left the draw with Real Betis on Saturday with just over five minutes to go, in order to beat the Madrid traffic.

Marca, in their midweek report, point out that Bale has a history of leaving the stadium early. Howver, speculation over his future will only magnify attention on these details.

​Bale was allowed to travel to London this week and held a 40-minute meeting with his agent, although the reasons behind his journey are unknown.

Los Blancos' boss was forced to backtrack on Bale's exclusion however, as a move away from the Bernabeu never materialised, and the Wales international has forced his way back into contention, scoring two goals in six matches this campaign. 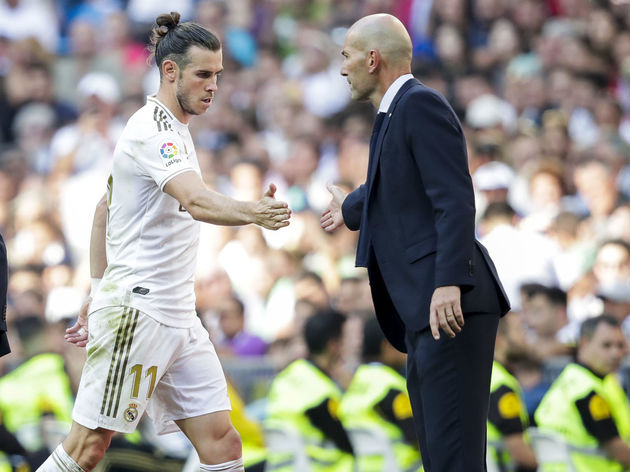 Bale's agent ​Jonathan Barnett also recently rubbished talk of an exit to China, by saying: “Gareth is delighted to play in Madrid."

When asked about China specifically, Barnett said simply: "Don’t believe everything you hear."

Despite sitting second in the La Liga table, Madrid have made an average start to the 2019/20 season, winning only six of their opening 11 matches, and Zidane has come under serious criticism for his side's labouring displays.