​An appeal by New Balance to remain as Liverpool's kit manufacturers has been rejected by the High Court, meaning the Reds are now free to finalise a proposed deal with Nike.

The Anfield club won a legal battle against the former in late October as the American company looked to extend their relationship, and that decision was subsequently contested. A verdict was reached on Friday, with New Balance's case being thrown out by adjudicators, allowing Liverpool to continue negotiations with Nike over a five-year contract. New Balance have been the ​Reds' kit suppliers since 2015, agreeing a deal that would last until the summer of 2020. The Boston-based company claimed the Merseysiders' were ​obliged to extend their association if they matched any offers made by competitors.

According to the ​Guardian, New Balance's attempts to overturn the High Court's decision have been blocked. Previously, the judiciary had sided with Liverpool, as Nike's proposal was deemed to be more favourable than their counterparts'.

The new deal is reportedly worth £30m a season to Jurgen Klopp's team, and they are also guaranteed to receive 20% of all merchandise sales, significantly more than the percentage most clubs earn.

The Reds have been reestablishing themselves as a global superpower in the years following the German's arrival in the ​Premier League, collecting their sixth European Cup after defeating ​Tottenham Hotspur in Madrid last June. 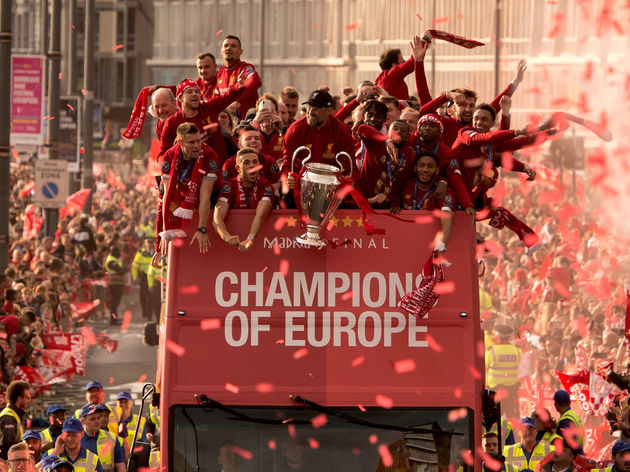 They are looking to maximise their global marketing potential and view Nike as the ideal candidate to help increase exposure across the world.

Klopp has overseen a marvellous start to the season for Liverpool, who have failed to win only one of their 11 top-flight games this term.

A 1-1 draw at Old Trafford ended a run of 17-straight top-flight victories for the team, but they still hold a six-point lead over ​Manchester City in second place.