Brighton vs Norwich: 7 Key Facts & Stats to Impress Your Mates Ahead of Premier League Clash

After failing to win in September, Brighton enjoyed a more positive October and recorded victories over Spurs and Everton in their last two home games; lifting them up the table to 14th.

In contrast, Norwich are having a fairly torrid time at the moment, losing four of their last five Premier League games to drop into the relegation zone. 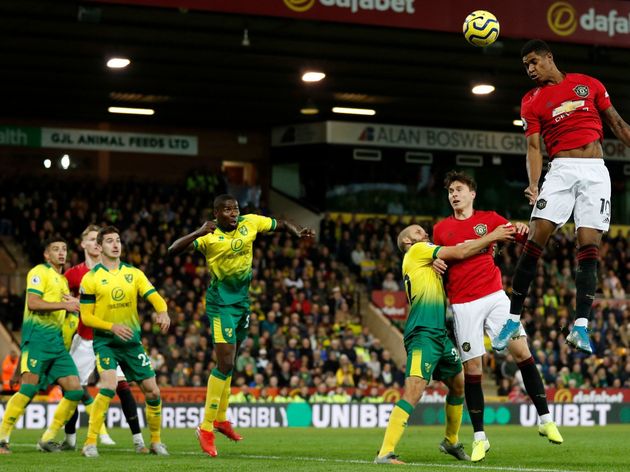 With Brighton only four points clear of the relegation zone themselves, Saturday’s contest is a really important one for both teams. Therefore, with a little help from ​Opta, here are some of the best facts and stats to keep note of ahead of this one.

They have faced more recently in the Championship though, with the Canaries winning four of their last five away games at Brighton – but they lost their most recent encounter back in October 2016, a 5-0 hammering. After winning just twice in their previous 15 games at the Amex – losing eight in the process - ​Brighton have now won their last two Premier League home games.

They beat Everton 3-2 last time out in a thriller, with a Lucas Digne own goal proving to be the match winner. If Brighton can win again on Saturday, it will be only the second time they will have won three home games in a row in the competition, with the previous time coming in March 2018. On the other side, Norwich have kept just one clean sheet in their last 17 Premier League games, in their last away match against AFC Bournemouth last month. A damning statistic for Norwich supporters, though, is they have failed to keep consecutive clean sheets on the road since December 2013.

No side in the ​Premier League has lost more games than Norwich City have this season, with Daniel Farke’s team on the losing end seven times already.

They don't travel well, losing four of their opening five away games and scoring just one goal in the process, Teemu Pukki’s consolation against Liverpool on the opening day of the season. This weekend Norwich will be looking for a first league win since they defeated Manchester City on September 14th. The Canaries have conceded the first goal seven times, and in each of these games they have indeed gone on to lose. They've now lost 21 of their last 22 games when conceding first in the Premier League, the one outlier being a 4-2 win over Watford in May 2016.

The only Albion player to score in four consecutive appearances at the Amex Stadium in the Premier League is Glenn Murray, who achieved this feat in December 2018 when he scored a penalty in a 3-1 win over bitter rivals Crystal Palace. The Finnish international has been directly involved in a league high 73% of Norwich’s Premier League goals this season, with six goals and two assists. Despite this though, in his last five games he has not registered a single goal involvement.