Watford vs Chelsea: Key Stats & Facts to Impress Your Mates Ahead of Premier League Clash

Another week, another stats-fest and this time we're delving deep into Chelsea's visit to the fortress that is Vicarage Road for the late kick off on Saturday.

Frank Lampard's side saw their seven game winning streak come to an end thanks to Cristiano Rashford in the week, as the Blues exited the Carabao Cup.

However, they haven't lost in the Premier League

The Hornets have endured a rough, rough start to the season - racking up just five points from their opening ten league games, leaving them at the foot of the table.

So, with the fixture almost upon us, now is the time to cement yourself as the stat-man in your group and ultimately, the cream of the crop when it comes to numbers. Opta provided the tools, now it's time for you to deliver. Chelsea have utterly dominated this fixture in recent times, even when Watford were half-decent.

The Hornets have won just one of their last 11 Premier League meetings with Chelsea (D2 L8), winning 4-1 at Vicarage Road in February 2018. However, despite the one-sided nature, the Blues have Close your eyes or cover your ears Watford fans because

The Hornets are winless in their 10 Premier League games this season (D5 L5), scoring fewer goals than any other side (5). They’ve never failed to win any of their opening 11 games to any league campaign before, while the last side to do so in the Premier League were QPR in 2012-13.

They Do Love Playing Away Chelsea have won their last four away Premier League games, netting at least three goals each time - 4-2 vs. BurnleySouthampton Wolves

In top-flight history, only Everton have won five consecutive away games while netting 3+ goals each time, doing so back in December 1927 en route to winning the league title.

So, what that's saying is - a comprehensive win for the Blues on Saturday and they're bound for Premier League glory once more...

Please, Can We Just Win a Game The Hornets are winless in their last 14 league games (D6 L8) – only between November 1971-April 1972 have they gone longer without a win in their league history (19 games).

Not only that, but they're also winless in their last nine Premier League home games (D4 L5) – if they fail to win here it will equal their longest winless home run in their league history (10 between September-December 2004).

Chelsea have won 16 of their last 20 Premier League games against sides starting the day bottom of the table (L4), with their last such defeat coming at Crystal Palace 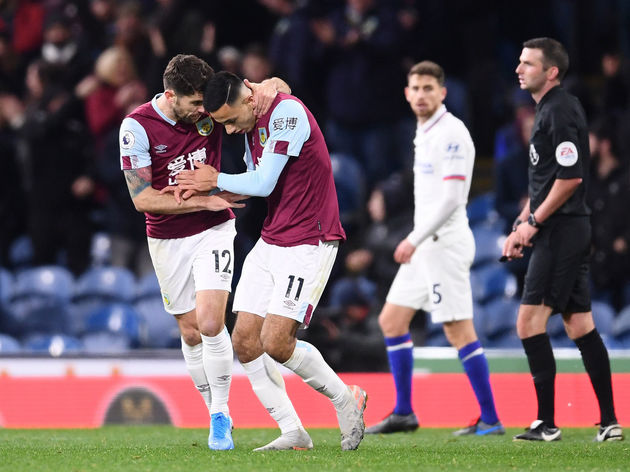 Not everything can be so perfect for Lampard and Chelsea, it just can't.

Despite sitting fourth in the table with 20 points, only the three clubs starting the day in the relegation zone have conceded more Premier League goals this season than Chelsea (16).

Time for Gerard Deulofeu to start feasting, the Watford Chelsea’s Tammy Abraham has scored six goals and assisted one more in his last four away Premier League games – he’s scored more away goals than any other player in the competition this season, and already more than any Chelsea player hit on the road last season.

I do love playing away.