Man City vs Southampton: Key Facts & Stats to Impress Your Mates Ahead of Premier League Clash

​​Manchester City will be looking to close the gap on Premier League leaders Liverpool when they host Southampton for the second time this week on Saturday.

City will be overwhelming favourites after Southampton's awful recent run of form, which included their 9-0 humbling at the hands of Leicester City last Friday.

Here are all the stats and facts you need to know... You probably didn't need to be told this, but ​Manchester City have been the far superior of the two sides in recent times.

In the clubs' last five meetings Pep Guardiola's side have come out on top every time.

That's City's longest ever winning streak over ​Southampton. A sign of the direction the two clubs are going in perhaps. 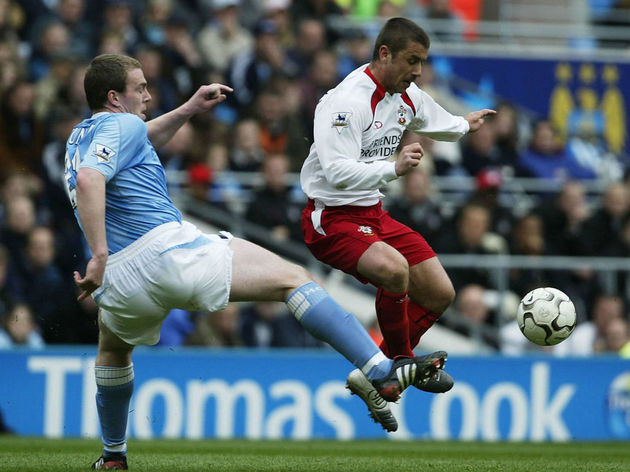 Since winning their first ever Premier League game at the Etihad 3-1 in April 2004, Southampton have failed to register a single victory away to City, drawing one and losing seven.

Among those playing that day for City were Sun Jihai, Richard Dunne and Antoine Sibierski, whilst Southampton had James Beattie and Kevin Phillips up front.

What Saints fans would do to play that City side again on Saturday instead...

Leading the Way at Both Ends Sorry Southampton fans but this statistic isn't going to give you much more hope either.

Saints currently lead the way for goals conceded in the Premier League this season with 25, while their hosts scored the highest number of goals in the competition.

A recipe for disaster? Ralph Hasenhuttl's side will have to hope not.

Southampton Saintly on the Road At last some good news for Southampton fans! Alan Shearer once said that he was gutted to see ​Leeds go down as it meant he lost an extra couple of goals a season.

Raheem Sterling might well say the same about Southampton come the end of the season.

The England winger has been involved in eight goals (four goals, four assists) in his last five home league games against Southampton for both Man City and ​Liverpool.

​Sergio Aguero get's a lot of goals. You don't need a stat pack to tell you that...

But what it can tell you is just how clinical the Argentine forward has been this season.

From his nine shots on target this season, the three-time Premier League winner has registered a phenomenal eight goals, leaving him in joint second place with Tammy Abraham in the golden boot race.

All or Nothing, the Manchester City Story Manchester City's league form has really lived up to the name of their fascinating Amazon Prime series 'All or Nothing'.

Of the last 40 Premier League games that Pep Guardiola's side have played, just one has ended in a draw.

That would have been zero if VAR hadn't intervened to disallow Gabriel Jesus' last minute goal against ​Spurs earlier this season.

De Bruyne's in a Giving Mood Now that Halloween is officially out the way Christmas preparations can properly begin, and it seems Kevin De Bruyne is already well and t​ruly into the sharing spirit.

The Belgian has registered nine assists in 10 games so far which is more than double of any other player in the competition.

The quickest any player has ever reached double figures is twelve games, which both Cesc Fabregas and Mesut Ozil, achieved in 2014/15 and 2015/16 for ​​Chelsea​Arsenal