Rashford converted from the penalty spot against Chelsea, before later scoring a stunning free-kick to win the game, drawing comparisons in technique with Cristiano Ronaldo. However, he also picked up a knock at Stamford Bridge. 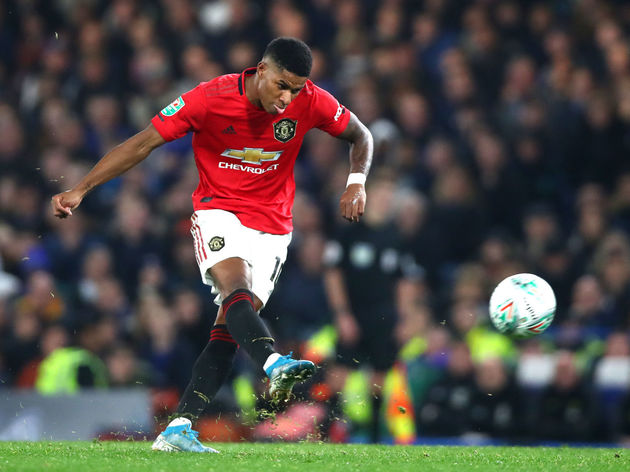 Ahead of facing Bournemouth at the Vitality Stadium in Saturday’s early kick-off, Solskjaer has explained that Rashford, Lindelof and Maguire all require late fitness tests before they can be passed fit to play.

The United boss was hopeful all three, who would certainly start in normal circumstances, will be available, but refused to offer promises when speaking at his pre-match press conference.

“It’s still early. Hopefully we can get them back on the pitch tomorrow,” Solskjaer said in quotes published by the club’s official website.

“They got some treatment yesterday, a little bit more treatment today, a light session and hopefully they’re ready. I can’t tell you exactly now.” The likes of Luke Shaw, Axel Tuanzebe and Nemanja Matic remain sidelined, as does Paul Pogba, who is not expected to be back in action before the start of December.

Having won only three games in all competitions in the opening 10 weeks of 2019/20, and failing to win a single away game since February of last season, United won three consecutive away games against FK Partizan, Norwich and Chelsea in the space of just six days.

Solskjaer can now see crucial confidence and momentum building in the squad.

“Fine margins decide football games at this level,” he said. “It’s so much easier when you get confidence or momentum from previous results. At the moment, the boys are playing more on instinct rather than taking that extra split second to think.”

Solskjaer also reserved special praise for Scott McTominay, who was integral in the win over Chelsea and has been United’s best player all season.

“Scotty has been excellent. He’s a leader, he’s a Manchester United boy and you can tell he used to be a striker with the goal he scored against Norwich on the half-turn. He’s developing into very good midfielder,” the boss explained.