Milan had Suso to thank as his sumptuous free kick ensured that they picked up a much needed three points against Serie A strugglers SPAL.

The Rossoneri had the first real chance of the match in the 11th minute. Left-back Theo Hernandez swung in a dangerous, low cross which Krzysztof Piatek mishit into the path of Samu Castillejo, who then cannoned his shot off the bar.

Hakan Çalhanoğlu also had a chance to open the scoring on the half-hour mark, with Franck Kessie's well-weighted through ball allowing the Turkish midfielder to fire off a shot that was well held by Etrit Berisha. SPAL's only chance of the first period fell to Andrea Petagna who fired a speculative 25-yard shot straight into the grasp of Gianluigi Donnarumma.

Milan were jeered off at half time, the fans inside San Siro disappointed at having to witness another underwhelming 45 minutes from their side.

Perhaps fired up by this, Milan had the ball in the back of the net courtesy of Hernandez just two minutes into the second half, but the full-back's strike was ruled out for offside. The Rossoneri would hit the back of the net again soon after though, courtesy of Suso. After being on the pitch for just six minutes the Spaniard curled in a sumptuous free kick which had Berisha glued to the spot in the SPAL goal.

SPAL had a number of half-chances before the final whistle was sounded but in the end, Suso's free kick would prove to be the difference between the two sides.

Stefano Pioli rung in the changes today, probably in an attempt to elicit a reaction out of his misfiring attackers. He didn't get one.

This was a Milan performance devoid of any real vibrancy and creativity going forward, with their starting front three of Castillejo, Piatek and Calhanoglu playing far too statically to cause SPAL's defence problems with any regularity.

Half-chances were snatched at it, passes were misplaced...it was just horrific to watch these three try and play together. Milan's problems do not stop there either. The midfield must also shoulder their fair share of the blame for the

In the end, Milan's blushes were spared by the individual brilliance of Suso and Pioli has a gargantuan task on his hands to turn his side into a cohesive attacking force.

After being dropped from the Milan team for the first time this season, and even being jeered when he was brought on, Suso produced a moment of magic to spare his team's blushes and secure a vital three points. The Spaniard's free kick was exceptional and the perfect way to silence his critics, but Suso also offered the Rossoneri a renewed sense of purpose going forward after coming on in the 57th minute.

Don't expect him to be missing out on another Milan starting XI any time soon.

Hats off to Suso. Excellent hit. That's how you shut up the critics, myself included. Now build from here.

Suso left out for first time this season. Whistled as he comes on. Opens scoring with free-kick five minutes later

That’s the type of response and personality you’ve been begging to see from a Milan player, especially Suso, after being dropped from the starting lineup for the first time this season. 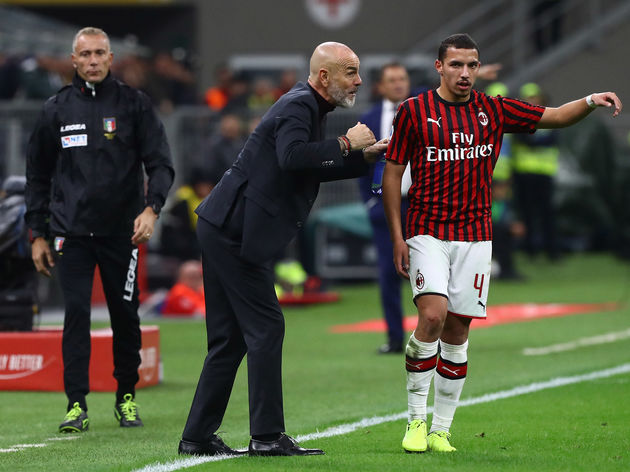 SPAL will be seeking to get back to winning ways against fellow strugglers Sampdoria on Monday.