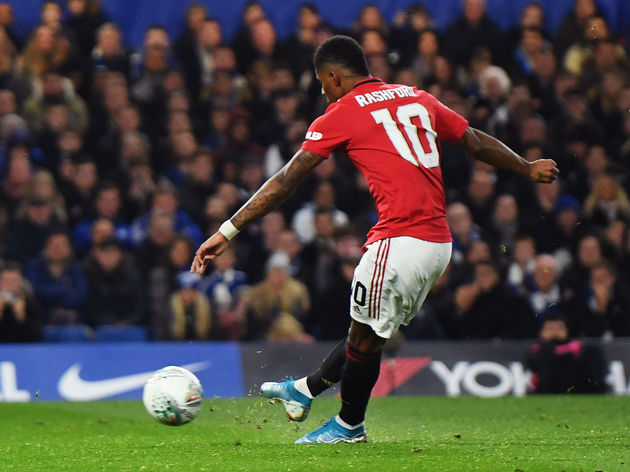 United got a penalty, scored by Jesse Lingard, in Solskjaer’s very first game in charge, a 5-1 thrashing of Cardiff on

United have converted 12 of those 17, not a great rate but still more than enough to give them more penalty goals than any other Premier League side in all competitions in the last 10 months.

A week shy of three months into this season alone, United have already had eight penalties, which is nearly half of the total tally during Solskjaer’s entire reign. To compare, United were awarded nine penalties in the final five months of last season after the Norwegian took charge. Despite results taking time to come, Solskjaer has tried to implement a culture change and new tactical approach since his return to Old Trafford. That appears to be reflected in the penalty data, with United now more direct and attacking with greater intensity than before.

United have been awarded four penalties in the last three games alone. Anthony Martial converted when Brandon Williams was upended against Partizan last week, while United were then awarded two more spot-kicks against Norwich last weekend – Martial and Rashford missed them both.

Attack more and you will be rewarded with opportunities, whether from open play or the penalty spot. This is more like the ‘United way’ of old that Solskjaer wanted to bring back from the dead.