​A-League side Perth Glory have made a bid to sign Zlatan Ibrahimovic on a short-term deal, amid speculation over the star's next move.

Talks between Perth and Ibrahimovic's agent Mino Raiola, if successful, would see Zlatan feature in the A-League between November and January in a 'guest player' deal.

Reported by Australian news network The Age, talks between Perth Glory and Ibrahimovic are far from being finalised but an approach has been made by the Australian side. Perth Glory chief executive Tony Pignata stated: "An approach has been made to his [Ibrahimovic] agent. We've asked the question firstly about his availability and secondly of his interest".

The Swedish striker has been rumoured with a move back to Europe, teasing a transfer to ​La Liga in a four-second clip posted on his Instagram. However, it seems that this is ​more likely part of a PR stunt.

Whilst many believe that Zlatan has played his last game for LA Galaxy, with the 2019 season now over, the attacker has not ruled out staying in MLS.

Don't always believe what Zlatan has to say, as if you did anyway... https://t.co/5ZZTvuYeht

Speaking after his side's playoff defeat to rivals Los Angeles FC, Ibrahimovic said: "What happens next year? I don't know. If I stay it will be good for MLS because the whole world will watch it. If I don't stay, nobody will remember what MLS is."

Whilst others attempt to pry Zlatan Ibrahimovic from LA Galaxy, the American side have other ideas.

Te Kloese told ESPN: "You all already know Zlatan. He is a topic all by himself, he is a unique character, with so many facets. "And I think he helped us this year, basically and obviously, with the number of goals he scored, which was so impressive."

Te Kloese added: "And all of that we will be talking about for sure, next week when he returns. He is a very mature athlete in that sense and so we will first and foremost be speaking like adults and after that we will determine what is best for all parties involved."

The 38-year-old scored 31 goals in as many games this season in the ​MLS, and doesn't look like hanging up his boots any time soon.

Whilst many think his US adventure is finished, Australia may not be a tempting enough proposition to lure Ibrahimovic across the globe, especially if it will affect his chances of signing for an elite European club. 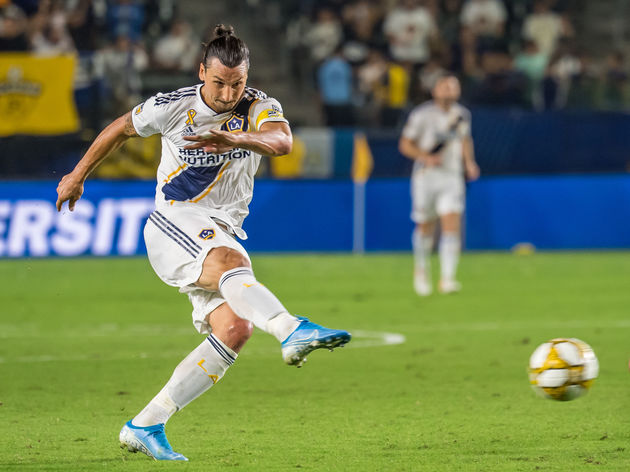 The A-League has attracted many big names in the past including the likes of Alessandro Del Piero, Juninho and Robbie Fowler, but it is fair to say that Zlatan would be the biggest scoop so far.