​Liverpool could play as many as 15 games between the start of November and the start of the new year as they face a mammoth fixture pile-up.

The Reds will have no more than four days of rest at a time until 2020 (excluding the international break), with games in the Premier League, Champions League and Club World Cup set to come thick and fast.

After beating Arsenal in the Carabao Cup on penalties following a remarkable 5-5 draw after 90 minutes, they must face Aston Villa in the quarter-finals, though their schedule means finding a date for the tie will be tricky. 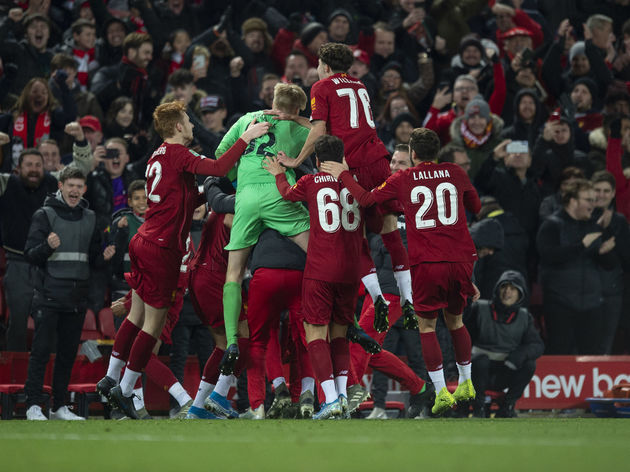 Jurgen Klopp has already said that ​unless the fixture can be played on a suitable date, then Liverpool will forfeit - ​which he would presumably be gutted about.

In November, ​Liverpool will travel to Villa Park (2/11) in the Premier League ahead of their home ​Champions League match against Genk (5/11), before hosting title rivals ​Manchester City (10/11).

After the international break, they'll take on ​Crystal Palace (23/11) and ​Brighton (30/11) before the end of the month in the league, while they also welcome ​Napoli to Anfield (27/11) in what could be a crucial European match.

December sees Liverpool take on ​Everton (4/12), ​Bournemouth (7/12) and ​Watford (14/12) domestically, while also facing Salzburg (10/12)  in their final Champions League group game, before they jet off to the Club World Cup in Qatar. They'll play a semi-final and either the final or third-place playoff on 18 and 21 December respectively, before heading back to England for their Boxing Day game away at ​Leicester.

Liverpool wrap up 2019 with a home match against ​Wolves on 29 December, though they start 2020 on January 2 at home to ​Sheffield United.

It's likely that the EFL won't force Liverpool to play their quarter-final before the New Year, but for a competition that has held draws in Asia in the early hours of the morning, all bets are off.