Liverpool made it through to the quarter-final of the Carabao Cup, beating Arsenal on penalties after an unbelievable 5-5 draw at Anfield.

It didn't take long for the Premier League leaders to strike, a fortuitous own goal after six minutes from Shkodran Mustafi, who bundled Alex Oxlade-Chamberlain's low cross in to the back of his own net. 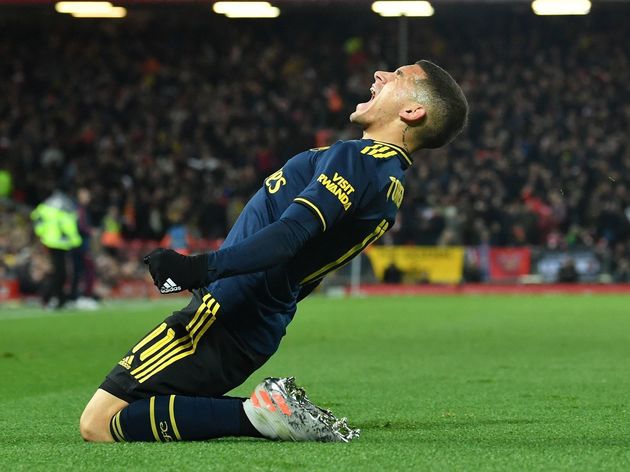 However, Arsenal's Brazilian forward soon turned from hero to villain, gifting Liverpool a penalty which captain James Milner calmly converted, bringing a frenetic first half to an end.

Shortly after the break Arsenal restored their two-goal advantage, when veteran Milner played a weak back pass which was leapt on by Ainsley Maitland-Niles, before former Gunner Oxlade-Chamberlain and Divock Origi struck in quick succession to level the scores at 4-4.

Both sides had more in the tank though as, first,

It looked as if the visitors had won it, but Origi had other ideas, acrobatically volleying home from Neco Williams' cross to force the contest to penalties, seeing the Anfield crowd erupt with ecstasy.

Penalties shortly ensued, giving everyone a moment to catch a breath. Only one man failed to convert his spot kick, Arsenal loanee Dani Ceballos having his penalty saved by Kelleher. Curtis Jones then slotted home Liverpool's fifth and final penalty sending them in to the quarter final of the Carabao Cup.

Here is 90min's breakdown of the action:

​Liverpool made 11 changes from the side that beat Tottenham in the Premier League last weekend, and it was telling. Jurgen Klopp's new-look side were evidently nervous, continually making mistakes that led to quality Arsenal chances.

However, with the Carabao Cup hardly the Reds' number-one priority, it was not surprising that Liverpool looked hectic and unprepared. 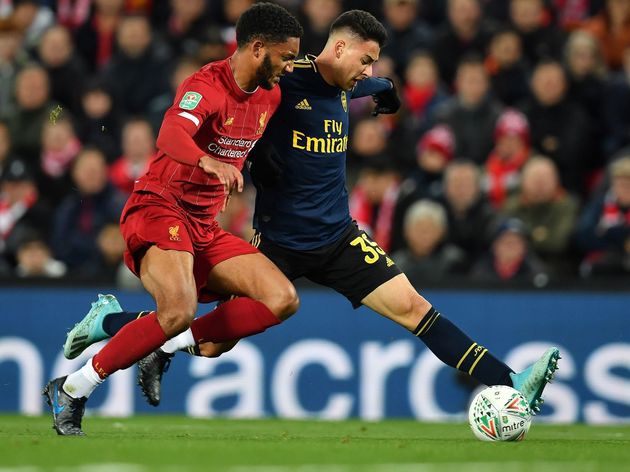 The performance signifies the lack of squad depth that the reigning European champions have, a stark contrast to that of their title rivals Manchester City, leaving them unable to field a second team strong enough to convincingly challenge on all domestic and European fronts.

However, Liverpool's youthful team do deserve credit, repeatedly clawing their way back in to an utterly breathtaking affair. They refused to lie down, despite being behind for the majority of the night, and it is the kind of character that will impress Klopp, regardless of performance.

STAR MAN - Divock Origi showed his credentials again, rescuing Liverpool with two fine strikes. The Belgian had a quiet first half, but put in an electric performance in the second, and showed his reliability in big knockout moments once more. 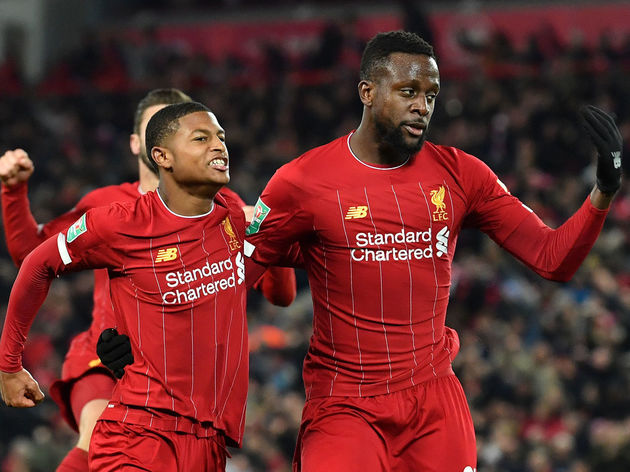 Arsenal looked a lot sharper going forward than they had over the course of the last week, showcasing some attractive football against, an albeit weakened, Liverpool. They were ruthless in front of goal, capitalising on every mistake (and there were a lot). 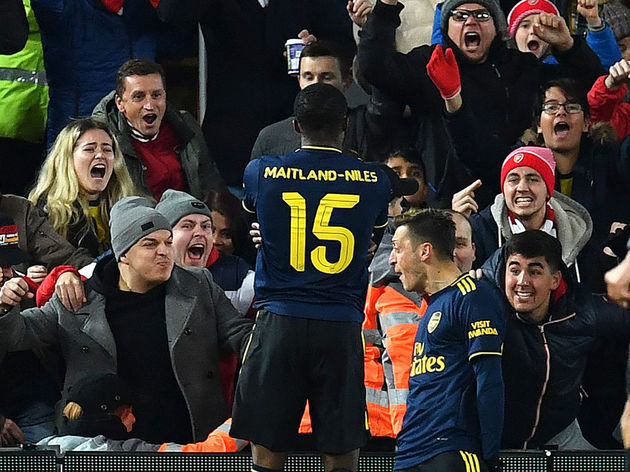 The return of Ozil and Torreira to the side gave them an assurance to their offensive display, supported by the clinical Martinelli, who is giving Unai Emery a serious selection dilemma.

However, Arsenal's defence still looked incredibly fragile, managing to ship four goals to a Liverpool attack who have rarely played together. The back line were far from convincing from first minute to last and once again proved a liability for the Gunners.

Arsenal's penalty defeat sums up a pretty dreadful week for tonight's visitors, who threw away yet another lead.

Liverpool's next game is a visit to Villa Park to take on newly-promoted Aston Villa in the ​Premier League, as they look to sustain their lead at the top of the Premier League table.

Arsenal play host to Wolverhampton Wanderers and a win would guarantee they stay in fifth place.