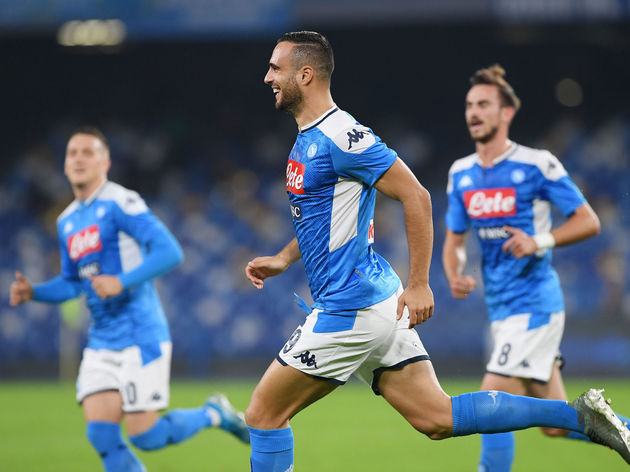 It was a blistering opening by the hosts on Wednesday night, taking Atalanta by surprise but throwing numerous bodies forward with the aim of snatching an early lead. With the likes of Hirving Lozano, Callejon and Lorenzo Insigne, Napoli boast frightening pace in forward areas and this caused Atalanta huge distress in the early stages. There is good reason why Atalanta finished third in the division last season, though. This is a side that don't boast the headline-grabbing names that Napoli do, but attack as a team, defend as a team and work for each other with unwavering determination.

As the visitors grew into the game, everything that ​Dries Mertens

Anyone who thinks England alone is having problems with VAR needs to be watching Napoli right now. Manager and coach sent off. Players going mad. Rugby tackle for Napoli penalty ignored. Atalanta immediately equalise at other end.

VAR drama in Naples. A penalty for Napoli became a goal for Atalanta. 2-2.

Llorente appeals for a pen. Atalanta go up the other end and score. Napoli protest. VAR confirms Atalanta goal stands. Open revolt at the San Paolo. Red card for Napoli assistant. Then Ancelotti. Insigne booked. No restart as yet In a match that required Napoli's central players to keep their composure against the three midfielders Atalanta like to operate with, Fabian Ruiz stood up to the task effectively.

There is good reason why he is a wanted man across Europe, with the Spaniard's technical ability and range of passing exemplary at times this season. He was superb in the centre of the park, which was demonstrated with his wonderfully weighted pass for Milik's goal. Its a trip to the capital next for Napoli, who head to the