Dortmund could only manage a goalless draw last time out away at Schalke as their indifferent start to the season continued. This has kept them in fifth in the table on 16 points, three points behind league leaders Borussia Monchengladbach. 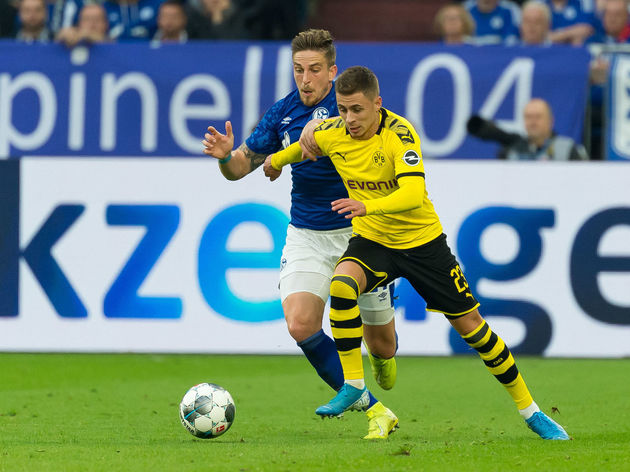 Whilst Dortmund manager Lucien Favre will be searching for a win this weekend, Wolfsburg are still unbeaten this term in all competitions which is an incredible record considering they have played 15 times so far. Sitting in fourth and high in confidence, Wolfsburg will fancy their chances of picking up a result and potentially moving to the top of the table in what should be a really tight encounter.

Dortmund are set to be without both Marcel Schmelzer, who has a hip strain, and Paco Alcacer, who has an Achilles tendon injury, for the clash, but goalkeeper Roman Burki will be hopeful to be fit after missing out last time against Schalke due to illness.

In attack, Thorgan Hazard could start after impressing off the bench last weekend, alongside Jadon Sancho and Marco Reus.​ Meanwhile for Wolfsburg, manager Oliver Glasner has a whole host of injury worries to contend with as five first team players are all set to be missing.

Long-term absentee’s Igancio Camacho and Xaver Schlager, who both have ankle injuries along with centre forward Daniel Ginczek (back injury) were joined on the treatment table by striker Admir Mehmedi recently, with the 28-year-old struggling with a torn muscle fibre.

In more positive news though, keeper Koen Casteels is back in training after being out injured since the start of September, but the 27-year-old will have to force his way back into the team past Pavao Pervan, who has been in good form in recent weeks.

Saturday’s meeting will be the 43rd time the two sides have faced with Borussia Dortmund holding the better record with 23 victories compared to Wolfsburg’s ten. There have therefore been nine draws between the two sides, with the last stalemate coming back in January 2018.​ As eluded to earlier, Borussia Dortmund have struggled to find any real momentum thus far this season, struggling in recent weeks to turn draws into wins in the Bundesliga. BVB have picked up just one win in their last five league games, drawing the other four.

This victory was against top of the table Borussia Monchengladbach, though, in their last home outing and manager Favre will be hoping this result can act as a springboard for better performances in the coming weeks. Wolfsburg sit a point above Dortmund but are themselves without a victory in their last four matches in all competitions – drawing away at RB Leipzig and then at home to Augsburg in their last two Bundesliga games. These domestic results sandwiched either side of their 2-2 draw away at Gent in the Europa League.

Whilst they remain the only unbeaten side in the league, they have drawn five of their opening nine games which is more than any other side. If Wolfsburg are maintain their surprise challenge at the top of the table, more of these draws need to be turned into wins.

With both sides keeping clean sheets in their last league game as well as being just one point and place apart, it is expected to be a close affair on Saturday.

If you throw in the fact that both sides have drawn seven of their last ten Bundesliga games between them, then it looks like this is the most probable outcome.​ However, with Dortmund possessing the likes of Reus and Sancho on the wings, they may have too much quality on the day for Wolfsburg, and will bring an end their unbeaten start to the season.