City have responded well since losing to Wolves at the start of the month, winning their last four games in all competitions, including back-to-back wins in the Premier League. However, due to the impressive form of rivals Liverpool, Pep Guardiola’s side still find themselves six points adrift of the Reds, who sit top of the table.

Therefore, City must keep on grinding out wins and they could not have hoped for a better side to face this weekend than Southampton, who were hammered 9-0 at home by Leicester City last weekend in a Premier League record scoreline. Confidence in the Saints camp will therefore be extremely low and with Ralph Hasenhuttl’s team currently sitting on eight points and inside the relegation zone - it could be another difficult afternoon on Saturday.

With much at stake at both ends of the table, here is 90mins preview of Saturday’s encounter. Guardiola has a huge amount of defensive injury problems currently with long-term absentee Aymeric Laporte being joined in the treatment room by Oleksandr Zinchenko and Rodri – with the former set to miss six weeks while he recovers from recent knee surgery with the latter out with a hamstring strain.
​City

In attack, it remains to be seen whether Sergio Aguero, who scored twice against Southampton in the Carabao Cup, starts up front ahead of Gabriel Jesus, with the Argentina international only finding himself on the bench in the club’s last two Premier League games.

Meanwhile, for Southampton, other than Ryan Bertrand who is suspended for the clash, they have a fit squad to choose from. It is likely Hasenhuttl will make changes from the side that lost 9-0 to Leicester last Friday though, with goalkeeper Alex McCarthy and defender Jack Stephens both hoping to start after playing well against City in the Carabao Cup on Tuesday. Up front it is expected that Danny Ings - who has scored six times in 12 appearances this season - will get the nod, after Shane Long failed to take his chance against City. 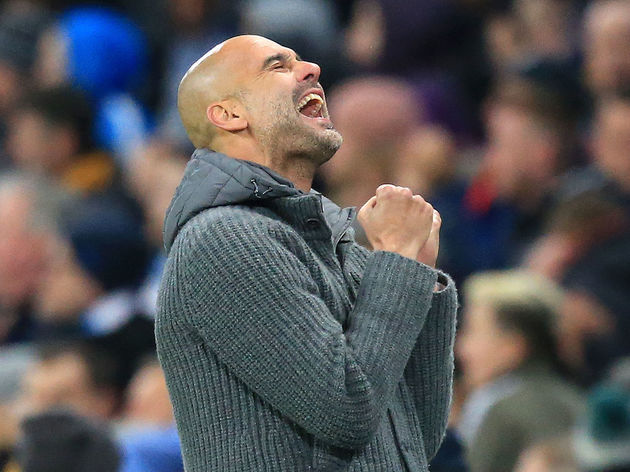 As alluded to earlier, Manchester City have been in good form since losing to Wolves at the start of the month. They beat both Crystal Palace and Aston Villa with ease in the ​Premier League in October, netting five across the two games and not conceding once.

These two games sandwiched City’s 5-1 thumping against Atalanta in the UEFA Champions League which has left them top of their group with three wins from their opening three games in that competition.

For Southampton, it has been a pretty dire few weeks. Not only were they humiliated by Leicester at home, with their 9-0 defeat meaning they joined Ipswich Town in being the ​only side in Premier League history to lose by nine goals, they have also tasted defeat to Chelsea, Spurs and as mentioned, Manchester City in the last month. Over the last five games they have conceded 19 goals and have scored just four, which has left them in 18th place in the Premier League and out of the Carabao Cup. City dismantled the Saints 3-1 on Tuesday in the Carabao Cup without the likes of Kevin De Bruyne, Raheem Sterling and David Silva who were all rested. Therefore, with all three likely to come back into the side this weekend, it could be a really long afternoon for Southampton in a game which City will be fired up in as they need to win to keep themselves in the title race.