Keisuke Honda Finds New Club After Twitter Come and Get Me Plea Finally Pays Off... Kind Of

​Japan legend Keisuke Honda has found himself a new club after his come and get me plea on Twitter was answered... sort of.

The former CSKA Moscow and Milan midfielder sent a message to Manchester United in September offering to play for free in order to ease the Red Devils' injury woes.

Give me an offer. I don't need money but I need to play with great team and great team mate! @ManUtd @ManUtd_JP

The 33 year-old had been a free agent after his contract with Australian side Melbourne Victory expired in the summer. 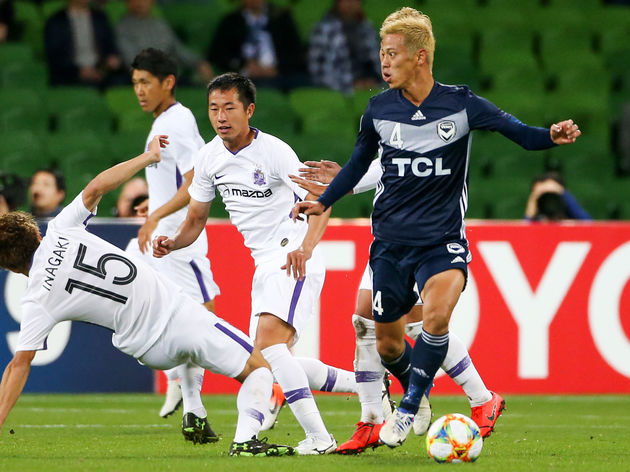 But it appears that Honda, who was a part of the Japan squad that reached the last 16 of the 2018 World Cup before their heartbreaking exit to Belgium, has finally found himself a new club, after he announced on Twitter that he will start training with Dutch side Vitesse Arnhem on Thursday.

The Eredivisie club has yet to announce the news officially, so it appears this may be a trial for the experienced campaigner.

I feel the same as I did 12 years ago when I was trying out. #enjoy

The playmaker offered to play for ​Manchester United after an injury crisis briefly looked like it was going to leave Ole Gunnar Solskjaer's side with youngster Mason Greenwood as the club's only attacking option for their game against top four rivals ​Arsenal. United elected not sign him however, and drew the game 1-1 after Marcus Rashford returned to fitness to start up top.

The Red Devils currently sit seventh in the Premier League table and are seven points off fourth placed ​Chelsea, who they face ​in the Carabao Cup on Wednesday night.