AC Milan will be looking to avoid another defensive horror show when they take on SPAL on Halloween.​

New coach Stefano Pioli is still searching for his first win after an underwhelming start to life at San Siro since replacing Marco Giampaolo earlier in the month.

He is expected to ring the changes when his new side host SPAL in Serie A, after admitting that he ​expected more from his team during their ​2-1 loss to injury-plagued Roma.

With SPAL currently 19th in the league, this will surely be Pioli's best chance to get his first win under his belt before a tough run of fixtures against Lazio, ​Juventus and ​Napoli. 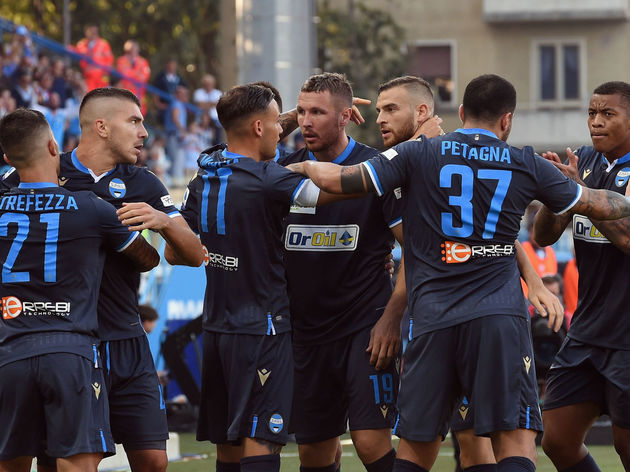 AC Milan will be without defensive duo Ricardo Rodriguez and Mattia Caldara who both picked up injuries recently, while Giacomo Bonaventura is also out with a thigh problem.

Meanwhile Pioli is likely to drop both Andrea Conti and Davide Calabria after their recent poor form. Lucas Biglia also looks set to be axed.

SPAL on the other hand, will be without long term absentees Mohamed Fares and Marco D'Alessandro, while Federico di Francesco and Marko Jankovic also look set to miss out.

This ​fixture has only ever been played four times, and the Rossoneri have come out on top in ever single one of them.

SPAL might take some heart from the fact that Milan's victories in the two most recent games between the two sides was only by one goal, but probably not much at all. A draw and a loss from their opening two games under Stefano Pioli suggests things haven't really improved so far for AC Milan under their new coach.

The 13th placed Rossoneri have won just once in their last five games and look a shadow of the great sides that dominated Europe ​at the start of this century.

The fact that they are only three points above relegation strugglers SPAL - who have won just twice all season - shows you how bad Milan have been.

SPAL do, however, come into the game off the back of an impressive draw with Napoli, and will be looking to carry the momentum from that into their trip to San Siro.

Here is how the teams have fared in their last five matches. ​Despite their appalling start to the season AC Milan have to be favourites for this one.

SPAL are a team they have to beating if they have genuine ambitions of salvaging a spot in Europe come the end of the season.​