​Juventus are weighing up giving Gianluigi Buffon a new one-year contract extension which could keep the Italian playing for the club until he's 43.

Buffon has spent over 17 years with the Bianconeri having first arrived at the club from Parma in 2001, spending the 2018/19 season at Paris Saint-Germain before returning to Turin on a short-term deal during the summer.

The 41-year-old has largely played second fiddle to Wojciech Szczęsny since returning to the club, but Tuttosport (via Football Italia) claim Buffon could be offered a new contract after starting three of their last six Serie A matches. 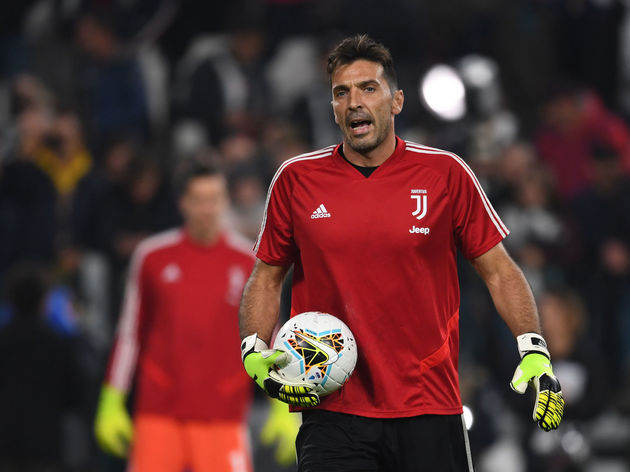 Italy's World Cup-winning goalkeeper is also believed to be considering an extension at Juventus, where a new one-year deal would see Buffon eventually retire at the end of the 2020/21 season, aged 43.

Buffon made 220 appearances for Parma before arriving at Juventus 18 years ago, where the Italian shot-stopper had already earned a reputation as one of the best goalkeepers in European football.

Since re-joining the club in the summer, Buffon has taken his career appearances for Juventus to a staggering 659 - bettered only by Alessandro Del Piero (706).

The Italian legend isn't being considered for a new deal at Juventus out of sentiment, however, as the club's key decision-makers were left impressed when Buffon stepped in between the sticks earlier this season against Hellas Verona.

The Serie A champions are currently unbeaten in 2019/20 when Buffon has started ahead of Szczęsny, although he's remained the club's back-up in the Champions League group stages so far.

It's unknown if Buffon will actually be offered a new deal, especially with Mattia Perin still on the books and Leonardo Loria coming through their academy system, but the club are currently discussing the possibility and could come to a decision before the end of the year.