​Bayern Munich had to come from behind to secure a win against second division side VfL Bochum, with late goals from Serge Gnabry and 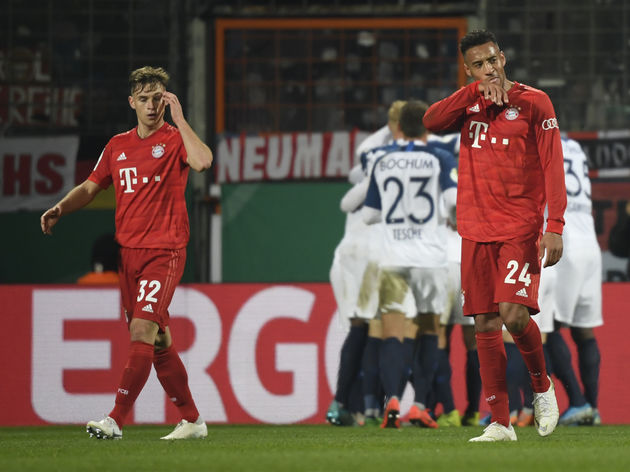 The visitors eventually made Bochum pay for their missed chances when Serge Gnabry volleyed the ball into the back of the net from close range, while

Thomas Müller then completed the turnaround in the last minute of the match to see Bayern Munich through, but it was a far from convincing performance in what will go down as one of the classic cup matches of the season.

The Rekordmeister don't have a God-given right to win football matches, something which has become apparent over the last month in the Bundesliga, but even Bayern Munich would have been forgiven for taking their match against Bochum a little too easily.

But the Bundesliga champions came into their DFB-Pokal match with very few first-team changes and with nothing but respect for Bochum on the pitch - something which was only enforced after coming close to conceding inside the opening minute. 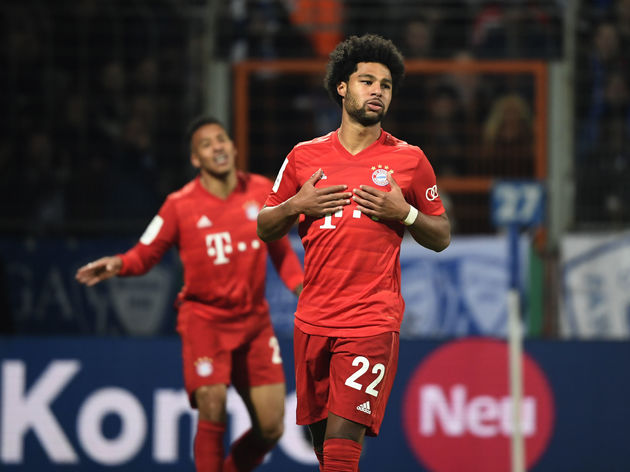 That respect for their opponents meant very little when Davies turned a cross into his own goal, but it was clear Bayern Munich were desperate to avoid an upset when Robert Lewandowski was brought off the bench at half-time.

That change proved decisive as, although Lewandowski didn't get on the scoresheet himself, the Pole brought the best out of Gnabry and

They trailed until the 83rd minute, but @FCBayernEN do what champions do to reach the round of 16 #BOCFCB 1-2 pic.twitter.com/x97w1A2nPx

While Bochum's Danny Blum and

Gnabry saving us from embarrassment.

Gnabry might be better than sterling, I am not sure but we will see. Special, special player

Man, that was a tremendously poor match that only ended the way it did because of the significant talent gap between the sides. Brief moments of brilliance from Gnabry, Coutintho, Müller, and Coman pulled this one out. Bochum can be proud for making things difficult.

Niko Kovač will prepare Bayern Munich for a trip to his former side Eintracht Frankfurt this weekend, while a home match against Olympiacos is also on the horizon in the Champions League group stages.