​That's right, it's relentless. 90min's Premier League Hall of Fame moves into its 12th instalment as we look to cement some of the finest talents to ever grace these shores (since 1992) into Premier League folklore.

While most will become distant memories, those who are fortunate enough to get inducted into our Hall will be those remembered for generations to come - Global Warming permitting.

So far we've seen some true greats added" the Shearer's, the Keane's, the Bergkamp's and, of course, the Sherwood's among many others, and today, we're taking a look at the 2016 class.

Starting my first series with @90min_Football - we're creating a Premier League Hall of Fame, because that'd be really cool and you can't convince me otherwise... https://t.co/EIBcU9k0iJ

There have been some elite classes, but 2016 may top them all. It's short, it's sweet...well, that's it, but we all love a short ceremony, it'll be done in an hour or so.

On a serious note, the class includes a man that defines the phrase 'fox in the box', a legendary poacher and ultimately, one of the greatest goalscorers the league has ever seen.

Adding to that is a pair of ex-Arsenal title-winners who not only won their fair share over here but also blessed us with two of Martin Tyler's finest commentary moments of the Premier League era. 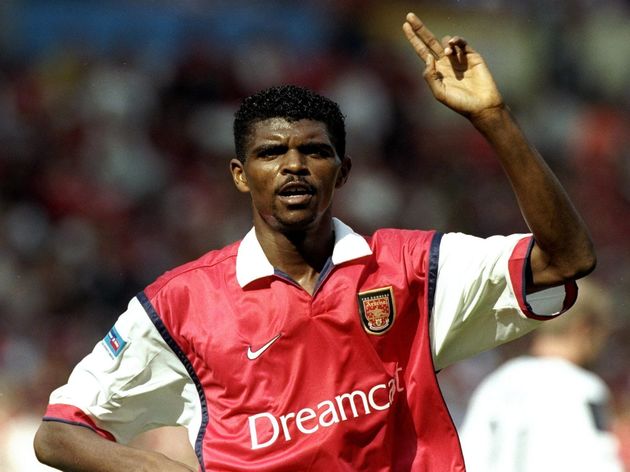 The evening gets underway with one of Africa's finest ever footballers. While Ole Gunnar Solskjaer may have been the super-sub of the Premier League, Nwankwo Kanu is undoubtedly the next best thing.
After joining Arsenal in 1999, Kanu quickly became known for his
While his goal in the north London derby - where he received the ball pinned to a defender before flicking it over his head and smashing home - was great, the greatest moment(s) of his Premier League career came a few months later at Stamford Bridge.
Already on a brace with the game evenly poised at 2-2, Kanu blocked a Chelsea
3-2, in added-time. Scenes.
Thank you, Kanu. Thank you, Martin Tyler.
After stints at West Brom
Despite being at the back of the audience, Kanu's two-metre-long legs help him reach the stage in three strides. When he reaches the microphone...silence, he simply falls to a knee and whips out his two-finger 'Gunners' celebration.
Iconic. 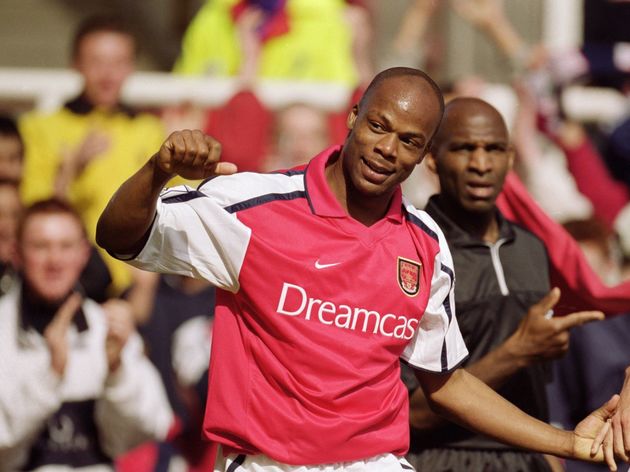 After an ambiguous end to Kanu's induction, up next is another Arsenal legend who helped the Gunners towards their best spell in the Premier League era at the start of the Millennium.

The versatile forward scored 15 goals in all competitions in his debut season in England but would be remembered most for his antics at the end of the 2001/02 season, notably at Old Trafford.

Also, what better way to finish your Premier League career than as an 'Invincible'?

Just before he reaches the stage, the audience gasps to see a returning Kanu sneaking up from behind. As the Nigerian approaches, Wiltord raises his fist while the gangly Kanu leaps over him effortlessly. A sigh of relief from the audience as the pair hug it out just like they were in front of the away end at Old Trafford back in '02. 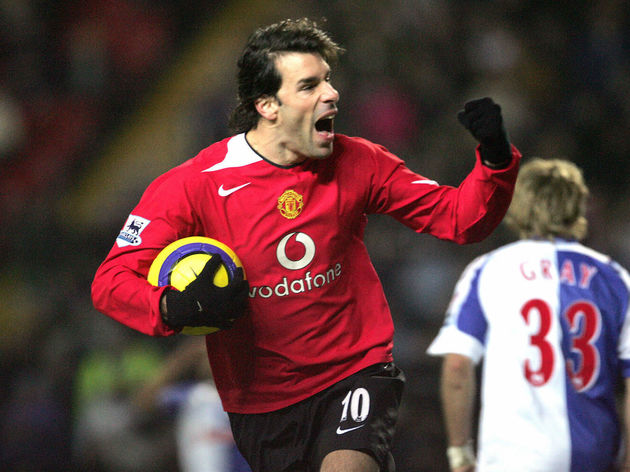 The final inductee of the night is a biggun, one of the finest goalscorers of his generation - it's Ruud van Nistelrooy.

The Dutchman was eventually signed by Sir Alex Ferguson in 2001 as the Scotsman searched for a forward capable of playing the lone role up top.

His prolific nature was on display right from the off, as he scored 23 league goals in his debut season. By the time he was done in England in 2006 - in reality, it was a little earlier than that - Ruud had bagged 95 Premier League

That title-winning season in 2002/03 was certainly the Dutchman's best. That year, he pipped Thierry Henry to the Golden Boot on the final day of the season, finishing with 25 overall - a tally that was described as 'astonishing' at the time. The striker's performances in Europe also saw him named as the best striker in the continent by UEFA, while his incredible domestic campaign was rewarded with the Premier League's Player of the Season award.

As he walks onto the stage - persistently checking his shoulders for a wild Martin Keown - to a chorus of 'Ruuuuud's' or boo's (nobody knows), Van Nistelrooy then, in a rather self-indulged speech, begins to list all of his personal accolades.

With the audience bored and ultimately disgusted, the Dutchman signs off with the line ''I was always better than you, Thierry'', before strolling off oh so effortlessly.