Sane, who joined City from Schalke in 2016, was heavily linked with a summer transfer to Bayern, particularly as the Bundesliga champions had lost Franck Ribery and Arjen Robben.

However, just when a potential transfer looked as though it might have been progressing, the proposed deal was halted in its tracks when Sane suffered a long-term knee injury. 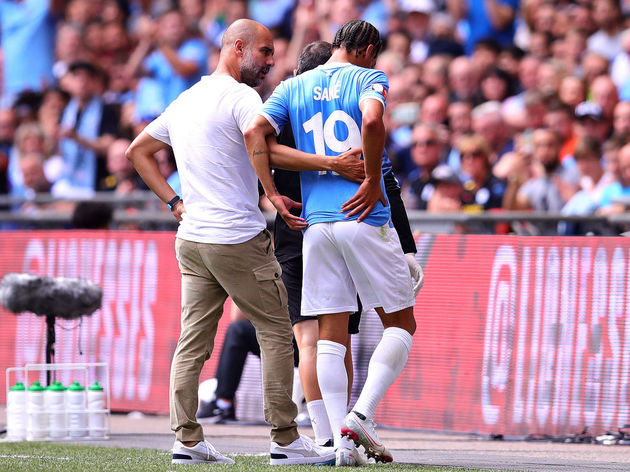 Bayern had made no secret of their interest in Sane, with head coach Niko Kovac taking the surprising route of expressing confidence in a transfer being agreed. Yet the Bavarian club found itself embarrassed by being forced to publicly clarify that Sane had not fully made up his mind to join, despite overzealous media claims that he had already decided.

90min exclusively reported in July that Sane was at least ‘open’ to the idea of a Bayern transfer.

Now, Sky Sports in Germany have suggested the saga is about to be resurrected. Reporter Marc Behrenbeck has explained that ‘Leroy Sane still wants to go to Bayern and Bayern wants Leroy Sane’. However, the price of such a deal and whether Bayern would make an approach in January or next summer are major details that remain unknown.

Sane could be back in action by January, with City boss Pep Guardiola last month giving a loose estimate on his recovery of any time between December and February.

Sky Deutschland claims to have been informed by Sky Sports in the UK that City will target Real Sociedad and Spain winger Mikel Oyarzabal as a replacement should Sane leave. Rumours of City’s interest in Oyarzabal have already been gathering momentum over the last few days.