​Liverpool centre-back Dejan Lovren has revealed that manager Jürgen Klopp was not frustrated to see his side trail 1-0 to Tottenham Hotspur on Sunday, as he was confident that his side's impressive performance would steer them to victory.

Spurs took the lead inside the first minute through Harry Kane and they withstood intense pressure from Liverpool to carry that advantage into half-time. However, the Reds netted twice after the break through Jordan Henderson and Mohamed Salah to take home all three points. Speaking to the club's ​official website, ​Lovren revealed that the players knew it was going to be a tough ask, but everyone was confident they would be able to turn things around, including Klopp.

"We knew it would be a tough game, even though they didn’t have brilliant results in the last couple of games," Lovren admitted. "

“We came in at half-time and the boss said: ‘Usually I never say this, but I am satisfied even though we are 1-0 down. But we need to continue like that and keep our nerve.’ “We knew we would have another chance and we did it. It’s a massive, massive win.”

Henderson's goal - his first at Anfield since December 2015 - justified Liverpool's confidence, and Lovren admitted that he was ecstatic to see his captain finally break his home goalscoring drought.

I’m happy for Hendo, he deserved that,” said Lovren. “And, especially for the three points, Sadio [​Mané]– it was a great run from him [to win the penalty]. 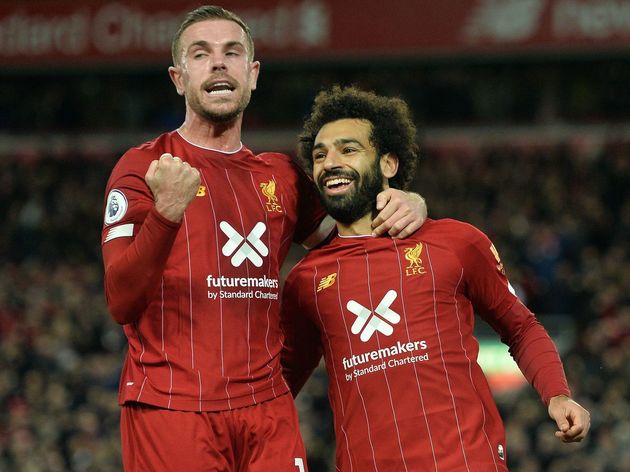 Finally, Lovren took the chance to thank the fans, admitting that the team felt stronger because of the atmosphere inside Anfield.

“We have an advantage and that’s our crowd,” he said. “And again, it was brilliant from them – to feel this unbelievable atmosphere.