​10 Players With the Most Combined Goals & Assists in WSL History

The FA Women’s Super League has been the top level of women’s football in England for close to a decade now. As of 2018, it became the first and only fully professional top flight women’s league in Europe and has been home to many top players over the years. Having played in the old Women’s Premier League National Division before heading to the United States, Eniola Aluko returned home to England in to play in the WSL from 2012.

She initially re-signed with hometown club Birmingham, but then went on to spend six seasons with Chelsea, another of her old teams. Aluko left England again in 2018 to join Juventus. South Korean star Ji So-yun bagged a goal and assist in her most recent WSL outing for Chelsea to take her total goal involvement tally to 53 since she arrived in England in 2014.

Ji has remarkably been named in the PFA Women’s Team of the Year on four occasions in that time, while she has also been part of three WSL title winning Chelsea sides. 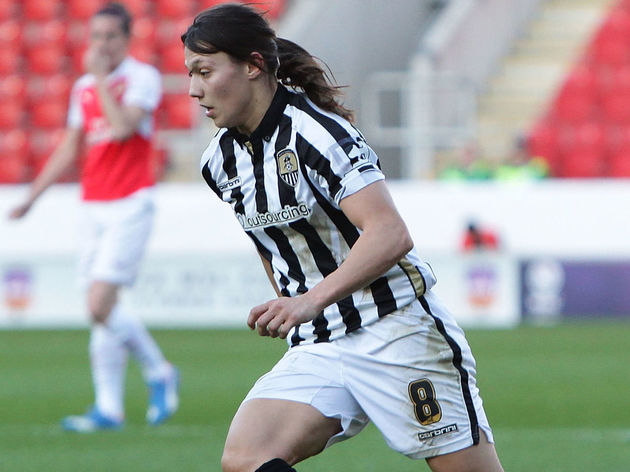 With only a handful of England caps to her name, Rachel Williams is less well known than many of the top names in the WSL, but the forward has been a key player at club level.

Williams is currently in her second WSL spell with Birmingham, having been WSL top scorer with 14 goals in the inaugural 2011 season. She has also played for Notts County and Chelsea. Kim Little has been back in the WSL since 2017 after time in the United States and Australia, picking up where she left off with Arsenal following a glittering first spell with the Gunners.

The Scotland international has WSL titles from 2011, 2012 and 2018/19, winning the trophy more often than not, and has been a regular goalscorer from midfield. A prolific goalscorer with Sunderland when she first arrived in the WSL, Beth Mead has also added considerable assists to her game since joining Arsenal in 2017.

Mead is now primarily a wide forward/winger and led the WSL in assists last season with 12. The 2018/19 campaign alone therefore accounts for more than half of her overall WSL tally. Ellen White made her WSL debut for new club Manchester City in the last round of fixtures after missing the opening few weeks of the season through injury.

The 2019 World Cup Bronze Boot winner will be hoping to add to her goals and assist tallies, having already previously represented three other teams at this level. The recently retired Karen Carney is top of the all-time WSL assist table by some distance after racking up 35 during her time in the division with Birmingham and Chelsea.

Carney had earlier also played for Arsenal pre-WSL and, like a number of her England international colleagues at that time, was playing stateside when the WSL was founded. There are still calls for 35-year-old Fara Williams to be in the England squad as she continues to perform at a very high level in the WSL. Last season alone, she scored 12 goals for Reading.

Williams has spent much of her career on Merseyside, playing for Everton for many years before the WSL was founded. She later joined Liverpool and won back-to-back titles in 2013 and 2014. Jordan Nobbs left Sunderland before the club could earn promotion to the WSL and so has only played in the competition for Arsenal, winning three titles to date.

Despite being a central midfielder, the England vice-captain ranks very highly in the all-time goal scoring charts, while she has also consistently contributed assists over the years as well. Although no longer playing her club football in England, Nikita Parris is top of the all-time WSL goalscorer standings and second in the all-time assist ranks.

The 25-year-old former Everton and Manchester City forward won’t be adding to her WSL tallies while she is in France with European giants Lyon, but may well do in the future.