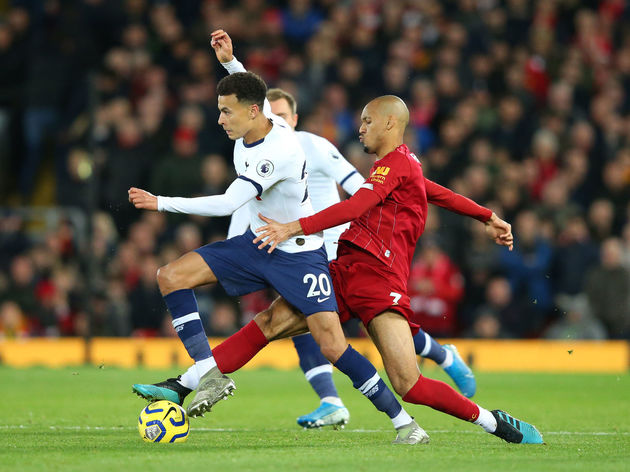 “And then ‘Dyson’ in the centre, who was there for each ball defensively – what a game he played, unbelievable. Connecting with Bobby [Firmino] in the centre. I love the game, to be honest."

Klopp's praise wasn't limited to Fabinho, however. He continued, praising his side's collective 'exceptional' performance to the hilt. “I said to the boys after the game that I didn’t expect it that good, to be honest, before the game. I thought we are ready to show up a little bit again after being away [from Anfield] on tour for a little while, after ​Leicester I think – that feels long ago.

“But that was exceptionally good, and necessary because ​Tottenham was here today to get three points. The way they set up, line-up-wise offensively, really offensive, but set-up-wise just compact and organised and the counter-attacks are incredible.

“I have to say that’s really tough to defend and apart from twice we did it really well so I am really happy.”