Villa are in good form, despite their 3-0 defeat to champions Manchester City at the weekend. The Villans have won three of their last five games and Saturday's defeat was the first for Villa in more than a month.

Aston Villa made it to the fourth round of the Carabao Cup after beating fellow Premier League outfit Brighton 3-1 back in late September, a resounding victory that Villa will be hoping to repeat. Meanwhile, Wolves are also in great form despite a rocky start to the 2019/20 season. They have won five of their last seven matches and are undefeated in their last eight. Wolves beat Championship side Reading on penalties in the last round but with the Europa League in full swing, progression in the domestic cups may not be Nuno Espirito Santo's main priority.

However, this game has much more riding on it than just getting to the next round, with bragging rights firmly on the line. This local rivalry hasn't taken place since both of these sides were Championship teams and signifies just how far both teams have come.

There will undoubtedly be sweeping changes for both managers heading in to this tie as it is the Carabao Cup.

For ​Aston Villa, Jota, who scored in the last round, is still unavailable as he recovers from a hernia, whilst ​Jack Grealish has picked up a slight knock so may be rested​. The only injury concern for Wolves is Willy Boly who has suffered an ankle injury which may sideline the Frenchman for some time.

This will be the 126th fixture between these two teams, a rivalry for the ages dating back to 1886. Aston Villa have won​ 54 of the games, ​Wolverhampton Wanderers 39 and there have been 32 draws. The most recent fixture was played in the ​Championship at Villa Park and saw Wednesdays's hosts Villa win 4-1.

Villa lost their last game against Manchester City, but there is hardly shame in that. Villa have started to get to grips with the ​Premier League and, while they sit in 15th place only four points above the drop, the newly-promoted side have exhibited much better performances of late.

Villa have scored 12 goals in their last five games as new signings begin to settle but they have failed to keep a clean sheet in their last six games.

Wolves have shrugged off their early season fatigue and are showing signs of the form they produced last year, most notably their accomplished 2-0 victory against ​Manchester City in the league. 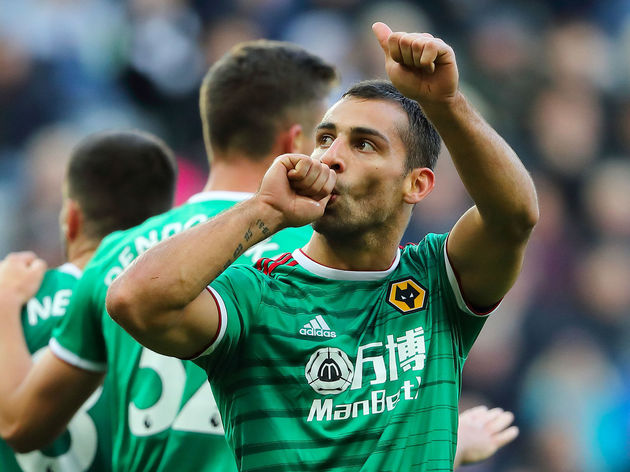 They are undefeated since they lost 1-0 to Braga in the Europa League way back in mid-September. Their most recent fixture saw them pick up a point against struggling ​Newcastle United in a 1-1 draw at St. James' Park, a result which has left them in 12th in the Premier League.

Here is a look at the sides' form over the last five games.

​Even with two potentially rested sides, there will still be plenty of passion and determination in one of the biggest rivalries in the Midlands.

Aston Villa may go in to this one as slight favourites with the home advantage, however, it feels as if there is very little to separate the teams before a ball has been kicked.

Wolves have been impressive on the road this season and will suit an open game in which they can play on the counter attack.

It will be an intense Carabao Cup tie and there is more than just a place in the fifth round on the line.