We've inducted some powerhouses into 90min's Hall of Fame so far.

But can you really say this lot aren't the finest of the fine?

The true world-beater of the Class of '92.

This, ladies and gentleman, is the greatest ceremony you will ever witness. Sol Campbell makes his way to the stage, suited and booted with his shirt tucked in so far its hanging out his trouser legs. He doesn't care though, he's Sol. He's Solid. He's Sol Campbell. invincible. Naturally, everyone's ears perk up. The unsung hero of the Manchester United of old is introduced, as a stone-cold Nicky Butt enters the fray in his Salford City tracksuit and beanie.

The glory of the occasion gets to him, and all in watching are blessed with a twitch of Butt's right lip that resembles what would appear to be a smile. It's emotional.

The tough-tackling Mancunian looks proudly upon his award. But wait, it's not over.

No, on walks die-hard United fan Eamonn Holmes with a special announcement. 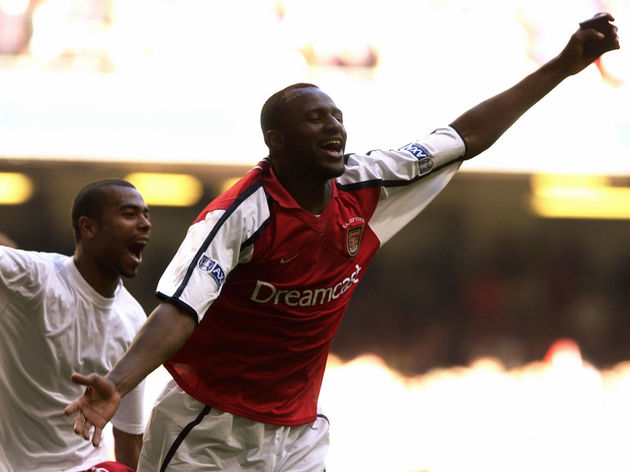 The Irish and the French have a fairly conflict-less past. No major animosities between the nations. No spats of note.

However, two-footed challenges​ and hands on necks...well, yes, there's been a lot of those.

He's read the lineup, Patrick Vieira knows Mr. Keane isn't being inducted today. But if the former Arsenal captain has learned anything from his Premier League years it's that Mr. Keane doesn't do organised. He likes chaos. He thrives on it. And so does Vieira.

Question marks are already being raised among the befuddled onlookers. Dressed for the occasion from head to ankle, aside from his shoes, which are 2005 adidas Predator Pulsion boots.

You know there's only one thing on his mind.

With one eye on the lookout, the PA announcer begins the ceremony.

Sprinting at full force from the side of the stage, Keane begins by trying to launch the award at his arch nemesis, who dodges with ease. The pair come to blows like untamed tigers, ripping their shirts off and wrestling to the floor, as an onlooking Cesc Fabregas launches his Michelin-starred Pepperoni pizza into the mix.

It's a warzone on the stage. Vieira and Keane are forcefully ushered into the tunnel leading to the changing rooms.

Where does it go from here? 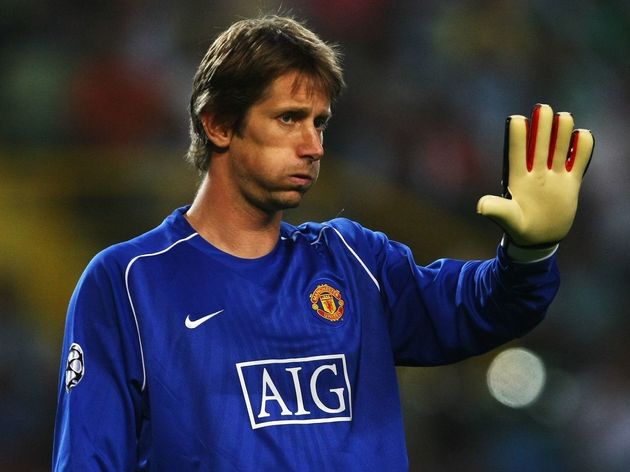 What's this? With his gloves on and lurking in the background, Edwin van der Sar emerges with trophy in hand. Having caught Keane's woefully attempted throw of the award, the perfect segway into the Dutchman's induction comes about with seamless transition.

He goes on to reflect on his illustrious career, speaking of his ​Champions League final heroics in 2008 and wooing the crowd with his soft Dutch twang and gentle demeanour.

With the curtain about to be drawn on another memorable night in Hall of Fame history, Van der Sar would like to make one final announcement to all at home and in attendance.

"I'd just like to thank 90min for hosting such a fabulous event. Their hospitality has been stupendous and I'm honoured to have been inducted on this most glorious of days."

*Ed Woodward slithers off towards the exit door*