Brighton came from behind to earn a massive victory on Saturday afternoon, as they beat Everton 3-2 at the Amex stadium.

Brighton struck first in style, as Pascal Gross broke the deadlock inside 15 minutes. Aaron Connolly won the free-kick on the edge of the box and Gross smashed it past Jordan Pickford with the aid of a slight deflection to give the Seagulls the advantage.

While the hosts looked to be in firm control of the game, Everton drew level just five minutes later. Lucas Digne's corner swung towards the near post, and Richarlison's header went off Adam Webster on its way into the goal to make it all square on the south coast.

Brighton thought they had retaken the lead thanks to Gross' second of the afternoon, but the German was denied the goal after being offside. However, Everton took their chance and turned it around, as Dominic Calvert-Lewin slotted past Mathew Ryan to score what looked like the winner.

It looked to be all over for Brighton, but they were awarded a lifeline as VAR awarded them a penalty for a foul on young forward Connolly. Neal Maupay stepped up after a slight delay and struck it right down the middle to level it up once more.

With the game seemingly heading for a stalemate, Brighton then snatched the win in the 94th minute. Trossard burst down the wing and whipped it into the Everton box, as captain Digne diverted it into his own net as the hosts earned a massive three points.

Here's our breakdown of this one... 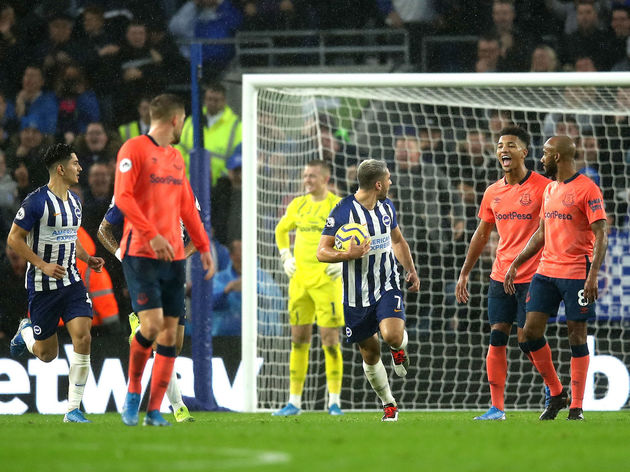 With just one win in their last eight league games, the pressure was on Graham Potter and ​Brighton. In a tepid opening 15 minutes, the Seagulls made the most of a free kick in an excellent position to go ahead, as they gained control of the game with the opening goal.

However, they were pegged back minutes later with some poor defending from a corner. Their defensive frailties cost them their lead, and from then on it was a case of not taking their chances. It was not killing off the game that cost them, as Everton scored a second after the break.

Brighton needed a stroke of luck to level it up, and got another one to win the game thanks to Digne's own goal. Luck was certainly on the Seagull's side, but their fantastic fighting spirit and determination was what earned them a massive win to move them away from the relegation zone. STAR MAN - Aaron Connolly was excellent throughout the game for Brighton, as the youngster produced assists for both of their goals.

The Irishman was the driving force in every Seagulls attack and caused the visitors a lot of trouble, in a superb display in a fantastic win. 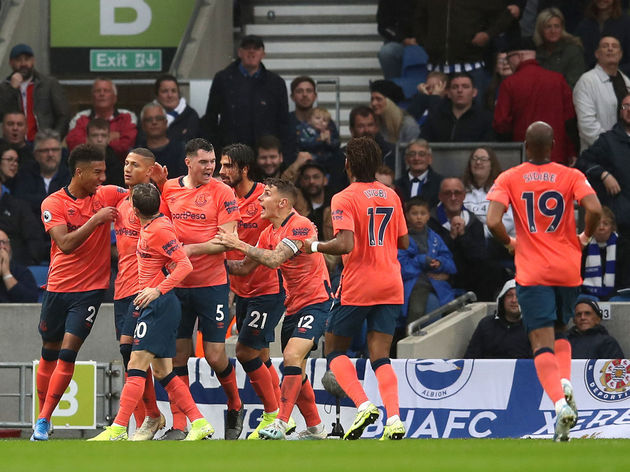 The pressure was just as much on ​Everton going into Saturday's game, with Marco Silva's side sitting two points clear of the relegation zone. They started well but went behind early on, and while they looked to be affected by the goal they went up the other end to level it up straight away.

The Toffees were lucky to stay in the game for so long, but a fantastic pass from Mason Holgate was nicely finished off by Calvert-Lewin to put the visitors in front out of nothing. All they had to do was hold on for a huge victory, but Everton completely collapsed in the final 14 minutes.

Two late goals from a penalty and own goal was all it took for Brighton, as Everton went from certain victory to painful defeat in the dying stages of the game. While they were unlucky this is nothing new from Everton, as they fell apart late on in a game which could prove costly for Silva. 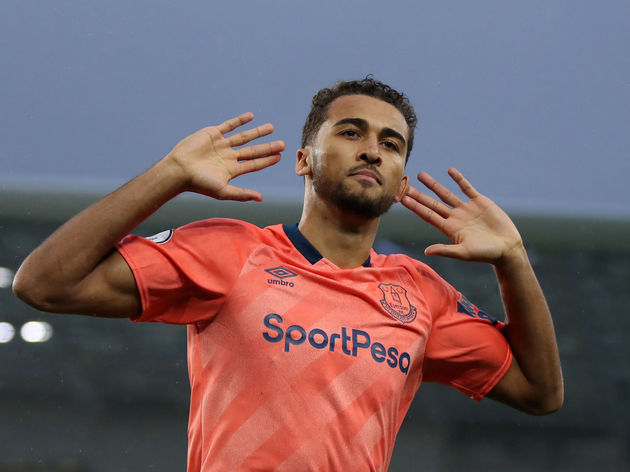 STAR MAN - No Everton player was truly outstanding, but Dominic Calvert-Lewin's impact off the bench was very good. The substitute scored two minutes after coming on with a cute finish, and while it proved worthless in the end it was the best any Toffees player did all afternoon.

With no midweek Carabao Cup fixture, Brighton are back in action next Saturday as they host ​Norwich City. The Seagulls then travel to the Theatre of Dreams on 10 November, as they face ​Manchester United at Old Trafford.

Everton return to Goodison Park in the Carabao Cup next Tuesday, welcoming a ​Watford side without a league win to Merseyside. The Toffees then play their second home game in five days on 3 November, as they host ​Tottenham in the league.