​David Silva has been majestic in Manchester City's midfield for the best part of a decade, but his reign in the north-west is nearing its end.

Pep Guardiola will need a new playmaker when El Mago departs in the summer, by which point he will have made over 300 Premier League appearances. In that time, the silky Spaniard has amassed 87 assists and 56 goals in the top flight, while providing countless more moments of magic. It's a tough act to follow for his replacement. Guardiola must be careful when selecting Silva's successor. Isco is a delightful little footballer and has regularly been linked with a move to Manchester during his time with ​Real Madrid. But, do ​City really want to replace one of their greatest ever players with a man struggling to get a game at the Bernabeu?

Despite their indifferent form in 2019/20, Los Blancos have hardly used the 27-year-old this term, with Zinedine Zidane starting him in only two of Real's 12 fixtures in all competitions.

A total of 94 goal contributions in 261 ​La Liga matches is a decent return, though it's not enough to justify him coming in for Silva, especially given the gulf between Madrid and most other sides in Spain. When he signed for Los Blancos at the tender age of 16, Odegaard was tipped as the next big thing in the world of football. A barren period followed as the Norwegian failed to impress in the youth teams before he started to realise his potential during two loan spells in the Netherlands.

Suddenly, the boy wonder was transformed into a mercurial playmaker, with Real Sociedad snapping him up on a temporary basis for 2019/20. What a savvy bit of business that has proved for the Basques.

Barely out of his teens, Odegaard has been instrumental in La Real's strong beginning to the campaign and would only benefit from some time under the Guardiola's tutelage. However, there are cheaper alternatives for the Sky Blues. Erling Haaland has stolen the show for Red Bull Salzburg in this season's ​Champions League group stages. Yet, the starlet is not the only man tearing things up for the Austrians.

Behind him is the creative heartbeat of the side in the form of Hungarian midfielder Szoboszlai, who is just as likely to set up his teammates as he is to unleash an unstoppable rifle past the keeper.

He and Silva aren't quite cast from the same mould, meaning Pep may look elsewhere for a new orchestrator in chief. Nevertheless, he'd be a fine addition to the Catalan's squad. 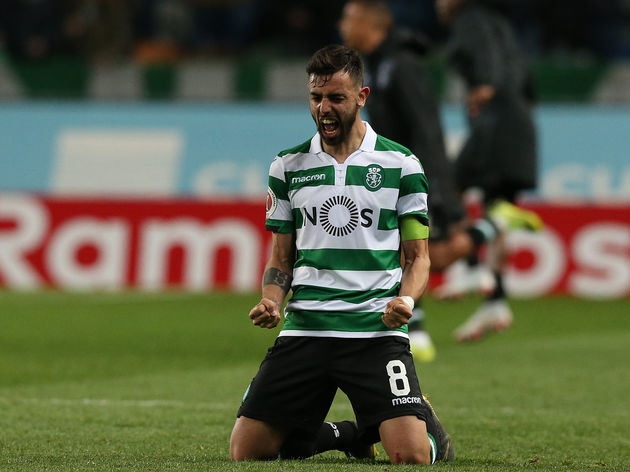 Countless media outlets were tipping Fernandes for a switch to Eastlands over the off-season after an immense campaign with Sporting Lisbon, in which he scored 32 goals and collected 18 assists - even Silva hasn't posted such numbers before.

With regard to his attacking skill-set, the Portuguese is a stupendous player and wouldn't look out of place amongst the likes of Kevin de Bruyne and Rodri.

On the other hand, his defence has been suspect on occasion and that's an integral aspect of the game in Guardiola's view. His recruits need to have grit and a steely determination, qualities which may be missing in Fernandes. Of course, the Sky Blues have the money to spend on the Spaniard and there are clear reasons for the Neapolitans' valuation. For one, he was named as the best player at the European Under-21 Championships in the summer.

Moreover, Ruiz has a similar style of play to Silva, keeping the tempo high and distributing well across the pitch. City wouldn't be wrong to fork out the requisite sum, but they have an equally-capable option already at the club. The Etihad crowd love Foden and Foden loves them.

He's come along at the perfect time to succeed Silva, spending the last two years acclimatising to first-team football. Now, he's all set to pick up the gauntlet and partner De Bruyne.

Despite receiving his first red card for the Citizens in the 5-1 triumph over Atalanta on Tuesday, the teenager put in a strong showing against the Italians, suggesting he will be increasingly involved as the season goes on.

This is the best candidate for the job. He has the potential to match Silva's talents. He is familiar with the culture of the club. He is the future of Manchester City.