​Leicester City moved up to second in the Premier League on Friday as they stormed to an unbelievable 9-0 win over Southampton at St Mary's Stadium.

It took Leicester just ten minutes to open the scoring through Ben Chilwell, and the VAR check on the goal saw Southampton's Ryan Bertrand sent off for a dangerous challenge. There isn't even a word for how disappointed ​Southampton fans will be. The recent 1-1 draw with ​Wolverhampton Wanderers had the potential to be a turning point for their abysmal season, but this was a new low. Shambolic.

The boos at half time spoke volumes of just how atrocious Southampton were. This was not just bad, this was utterly atrocious. Yes, they were down a man, but that was no excuse for utterly capitulating. Can Ralph Hasenhüttl pull off a magic trick and save his job after this one?

Maybe time for a change around at #SaintsFC

I don't want to start saying Hasenhuttl out but something has to give. This is the Premier League 

You’ve gotta feel for Hasenhuttl. Concede one goal panic sets in one way or the other. It’s been the same since he took over. This could get ugly real quick.

The boss was let down by ​Bertrand's horror challenge early on, but that will not comfort him. This scoreline - which had fans leaving after just 18 minutes - saw Southampton drop down into the relegation zone, and Hasenhüttl needs to find a solution soon, because managers in this situation don't often last much longer. Congratulations to ​Nathan Redmond for being the least awful player for Southampton. This win carried ​Leicester up to second in the ​Premier League, and they could hardly have had it easier. Getting into second isn't supposed to be easy, but this was a stroll in the park for Brendan Rodgers' men.

They are in a better position at this stage of the season than they were in their title-winning 2015/16 campaign, and they're actually a stronger team this time around as well. Southampton made it easy for them here, but Leicester showed a ruthless creativity to keep scoring goals. They wanted to make a statement, and they certainly made it.

Brendan Rodgers has done an outstanding job with Leicester

The Foxes were as brilliant as Southampton were awful, and the Premier League will certainly have taken note. Leicester have been good value for their second placed standing, and they're not going to give it up without a fight. They now have to be viewed as one of England's best sides. 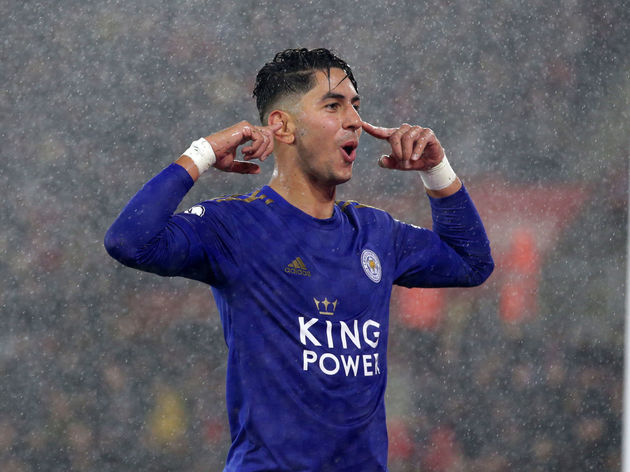 Coming into this game, Pérez was without a goal in his ten appearances for Leicester. Clearly not lacking confidence, the Spaniard was absolutely fantastic.

Given so much space and freedom, Pérez toyed with Southampton like a lion playing with his food. He netted three splendid goals and could have had about 1,000 more, in what was like a training ground exercise for the Spaniard.

Come to think of it I've never seen Ayoze Perez and Lionel Mess in the same room together..

Ayoze Pérez is a joy to watch here. Always rated him at Newcastle and he’s a class fit for Leicester

He was one of several Leicester players who were on a different level, but his goals made him stand out even more. What an outstanding performance.

Southampton have little time to lick their wounds as they travel to face ​Manchester City in the Carabao Cup on Tuesday, before meeting the Citizens once more in league action the following Saturday.

As for Leicester, their cup journey will see them travel to face Burton Albion on Tuesday, before welcoming ​Crystal Palace to the King Power Stadium on Sunday