This Weekend's 7 Must-Watch Games From Around the Continent

At this time of year, when the novelty of the club season being back has worn off and the Christmas madness hasn't quite yet kicked in, things can get a bit tedious as far as the fixture schedule goes.

Fortunately for everyone who likes to spend the bits of their weekend when they're not actually at a game parked in front of the TV taking in all the football they physically can, there are no such issues this weekend.

Between Saturday lunchtime and the close of play on Sunday, there is no shortage of scintillating action to sink your teeth into, Tragically, the Revierderby between Schalke and Borussia Dortmund isn't even on TV this weekend. Stupid Germany and their sensible, fan-first TV regulations.

If ​Manchester City vs Aston Villa is your kind of thing then that's another way you could spend the early part of your Saturday, but the most intriguing of the TV games to start this weekend comes from Hillsborough, where two of the Championship's high flyers go toe-to-toe looking to make an early statement about their respective title credentials.

A single point separates third from second, and Wednesday come into this one off the back of a highly-impressive - if somewhat inconsistent - run of results that leaves them on 23 points at the 13-game mark. Leeds, meanwhile, started like a bat out of hell, but a couple of defeats in their last five have left them needing a win here to light a fire under their title challenge. It might have a bit of a 'dead-rubber' feel to it (so much so it almost didn't make the cut here) but a quick look at form going into this one suggests there could be more to it than meets the eye.

This one sees two sides, who have enjoyed highly promising starts with completely contrasting styles, come head to head at a ground that has seen more than its fair share of giant-killings in recent years. ​Chelsea have their strengths but, despite sitting five points ahead of Burnley, they have conceded more than their hosts have scored in league matches: a stat that sums the fixture up to a tee.

It's harder to call than it may seem. 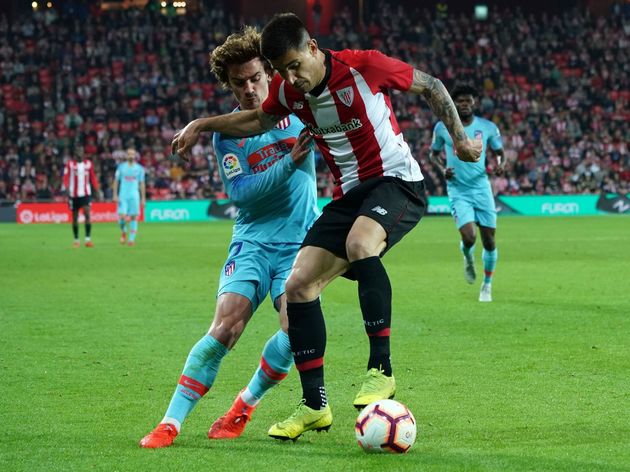 Having started the season looking like an unlikely alternative title contender in La Liga, Athletic Club have gone off a cliff since beating Alaves last month, and haven't won in the four games since. To get that back on track, they face the unenviable trip to Wanda Metropolitano; and thus we have the setting for our third must-see encounter.

Atletico haven't exactly been flying themselves however, and sit in fifth after setting the pace early on. It's a tough one to call, and though it's fifth vs ninth, it sees La Liga's two best defensive records come up against one another; each side conceding just five goals in the league this season.

It has the look of an intriguing tactical encounter, and who knows, it might even buck the trend and deliver a goal or two. They say absence makes the heart grow fonder, but it's hard to imagine Swansea and Cardiff fans are any more keen on each other than they were the last time these sides faced five years ago.

The last meeting, all the way back in 2014, came as Cardiff finished rock bottom of the Premier League and Swansea steered comfortably clear of the drop - eventually. This one comes as both sides look to get their seasons back on track and go roaring back to the top flight - and it's sure to be a feisty one.

Both sides sit outside the playoff positions, with the Swans four points better off. But the condensed nature of the league - eight points separating first from 14th - means a win would likely catapult either right back into the mix. 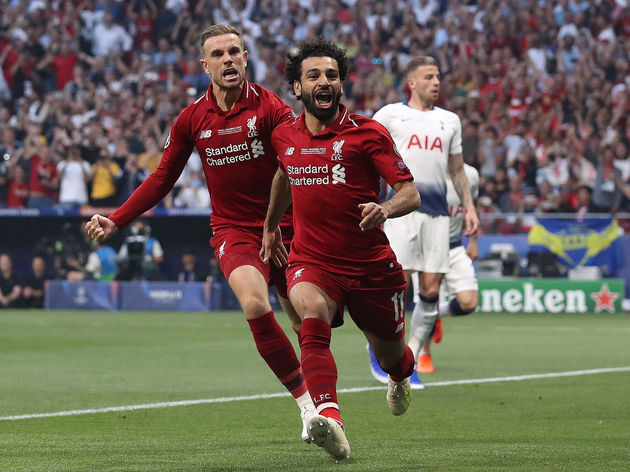 Still, they'll prove a tough test of the Reds' title credentials, and a chance for Tottenham to pick up a result that could get their season back on track with one fell swoop. Over in Germany, the top of the Bundesliga is looking...well, nuts. At this stage in the season, the mere idea that eighth-placed Frankfurt can overtake leaders Gladbach with a win is preposterous, but that's where we're at, as two points separate first from ninth.

Trying to call it is pointless, so give this one a look on Sunday evening if you're at a loose end - there is minimal risk of disappointment.

Sunday: Roma vs Milan (Serie A) But if Italian football is more your thing, you could alternatively watch two of the fallen giants of Serie A go head-to-head in Rome, looking to restore some pride after damaging starts to the season.

The hosts are suffering from Manchester United syndrome, having failed to score more than one in any of their last six matches dating back to a 2-1 win at Bologna, while Milan briefly stopped the rot with a win over Genoa a few weeks back, but sit in 12th place and are falling fast.

Both sides need the win here and it could lead to some desperate football - the type of which so often leads to memorably hectic encounters.