​Manchester United manager Ole Gunnar Solskjaer has praised home grown left-back Brandon Williams after his performance in Thursday night’s tough Europa League win over Partizan Belgrade and has tipped the 19-year-old to kick on and become a ‘top player’.

Despite only making the permanent step up to Under-23 level at the beginning of this season, Williams made his first-team debut against Rochdale last month and was then handed his first senior start in the Europa League against AZ Alkmaar. 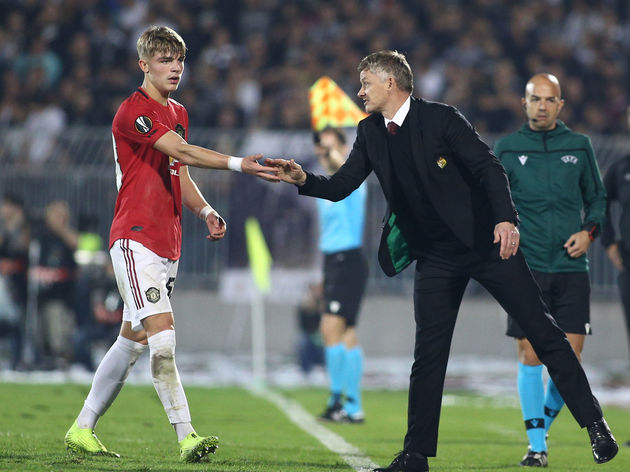 Having also been given a Premier League debut as a substitute against Liverpool last weekend, Williams was again a starter for the trip to Serbia, playing a crucial role in the much needed victory, which was United’s first win away from home since March.

Resulting from one his many surging runs forward, the teenager was responsible for earning the decisive penalty that was coolly converted by Anthony Martial. He also made sure not to neglect his defensive duties, utilising his pace to great effect.

“For me, Brandon was man of the match,” Solskjaer is quoted as saying by Sky Sports. “He's been fantastic the few games he's played. The boy has no fear, he is as brave as a lion and he got us the win. Brandon has an absolutely great attitude. The boy is going to be a top, top player.”

18-year-old midfielder James Garner was another United youngster on show, making his full senior debut after getting his first taste of action in a substitute appearance last season.

Solskjaer has previously likened Garner to United legend Michael Carrick and was not disappointed by what he saw from the player on Thursday night.

“I thought Jimmy just grew and grew in the game, became better and better,” he said. United also had Mason Greenwood on the bench following his recovery from a recent injury, while teenage right-back Ethan Laird also made the senior matchday squad for the first time.