​Manchester United laboured to a much-needed 1-0 away win over Partizan Belgrade in the Europa League on Thursday at the Partizan Stadium.

The game started slowly, with the home side prepared to let United dominate possession. However, the Red Devils could have taken the lead on 15 minutes through Scott McTominay, but his header drifted wide from Juan Mata's cross. Both sides went on to hit the post towards the end of the first half, with the home side looking the more likely to score.

However, it was Ole Gunnar Solskjaer's men who took the lead moments before the break as Anthony Martial converted a penalty, which was won by Brandon Williams. The hosts came flying out of the traps after the interval, forcing Sergio Romero into an important stop early on.

Partizan continued to commit men forward and thought they should have been awarded a penalty for a handball by Williams, but referee

It was a valiant effort by the home side, who will feel like they deserved an equaliser. However, Solskjaer's men were able to see out the game and earn a valuable three points.

Manchester United were impressive on Sunday as they held Premier League leaders and bitter rivals Liverpool to a 1-1 draw. Solskjaer opted to switch to a back three (or five) for the match and the system change worked, with United looking assured in defence and more effective offensively. As a result, the manager decided to stick with this formation, despite making wholesale changes to his starting lineup. The midfield looked bright early on and there appeared to be a hunger and desire to go and claim a positive result. However, the intensity dropped and the home side got back into the game.

Despite the change in formation, the issue of creativity continues to exist. Martial - the central striker - was isolated and grew frustrated with a lack of service, resulting in him making rash challenges in a bid to regain possession. This inability to unlock a defence is a real cause for concern and although it was a positive performance against Liverpool, Solskjaer will know that his team cannot simply play on the counter-attack in every match.

Although they struggled to get out of their own half in the second period, United were able to hold on and earn their third clean sheet in the Europa League this term.

Idk if it's our players or coaching but our players are cowards in attack. Nobody wants to take responsibility in attack and take a risk so what you have is a side with zero intent and creativity #mufc

Remember when it used to be exciting to watch a United game? Yeah me neither #PARMUN #mufc #GlazersOut

STAR PLAYER - On a night in which the majority of United's starting lineup underperformed, it was Brandon Williams who was the standout performer. The left-wing back was constantly looking to support the attacks and make things happen, while also carrying out his defensive duties with a supreme heir of calmness. 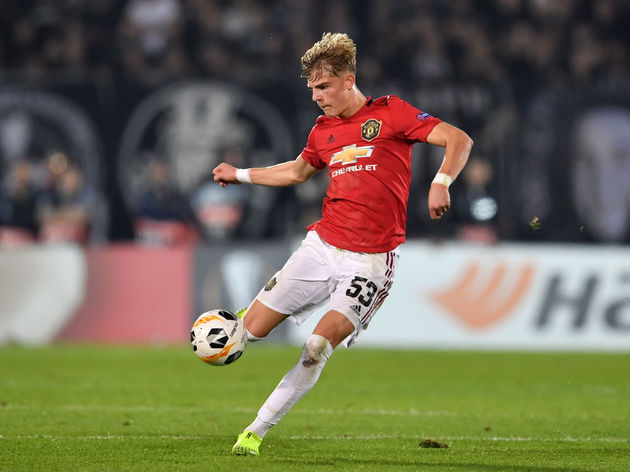 As the first half drew to a close, the 19-year-old burst forward at pace before being hauled down in the penalty area, with Martial converting the penalty. This came at a crucial moment as Partizan were growing into the game and looked the more likely to open the scoring.

Williams is the latest youngster to come out of the United academy and it appears as though he is set for a very bright future.

Williams man of the match so far #MUFC

Williams has been the best player on the pitch so far. Lingard dire as always, Mata nonexistent and Martial doesn’t look fit! #MUFC #PARMUN #EuropaLeague

Partizan Belgrade return to league action on Sunday afternoon, where they will take on Spartak Subotica.

United, meanwhile, return to Premier League action, travelling to face Norwich on Sunday, before taking on Chelsea in the Carabao Cup in midweek.