Andy Carroll has been ruled out of Newcastle's vital Premier League meeting with Wolves​ after picking up a groin injury against Chelsea last Saturday.

The ex-Liverpool striker came on as a 70th minute substitute in Newcastle's 1-0 defeat at Stamford Bridge, and was able to finish the match despite his injury. The 30-year-old Geordie is yet to start a ​Premier League fixture for the Magpies in the 2019/20 season and has enjoyed limited game time, playing only 89 minutes of league football so far. 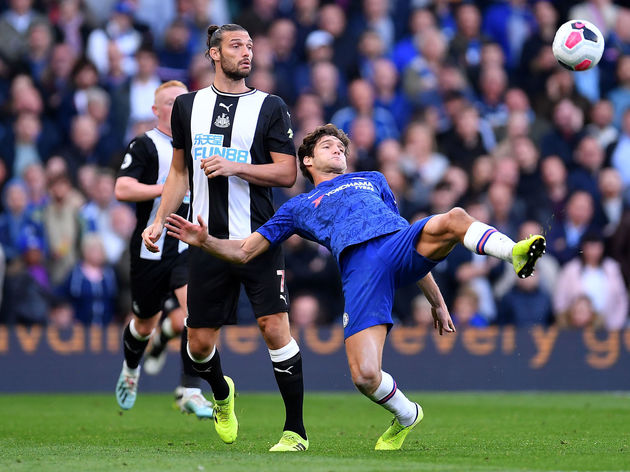 According to MailOnline, the groin injury is not thought to be too serious, but will come as a major disappointment for Carroll who has struggled with niggling injuries for a number of years.

Steve Bruce will also be without Fabian Schär, who sustained a knee ligament injury in the game against Chelsea. Like Carroll's injury, Schär's ailment is not thought to be too serious and he is expected to be back fully fit in the coming weeks.

This news would be welcomed Newcastle fans as Schär has arguably been the club's standout performer this season.

Matt Ritchie and @lejeune_florian were involved as Steve Bruce's squad prepared for Sunday's visit of @Wolves.

Steve Bruce may be suffering from a bit of a selection headache as duo Matt Ritchie and Florian Lejeune remain a doubt. Despite their return to first-team training, Sunday's game against ​Wolves will most likely come too soon for Ritchie (ankle) and Lejeune (knee), who are still thought to be recovering from their injuries.

There is some positive news for the ​Newcastle faithful, however, as it was announced on Thursday that goalkeeper Martin Dúbravka has signed a six-year contract extension, keeping the Slovak at the club until 2025.

Newcastle currently languish in 18th place in the Premier League, and will be hoping to leapfrog ​Manchester United into tenth place if the Magpies manage a victory over Wolves on Sunday afternoon.

Meanwhile Wolves will look to overtake ​Tottenham Hotspur and ​Crystal Palace into sixth place with a win at St. James' Park.