34 of Wayne Rooney's Greatest Tweets on His 34th Birthday

​A maverick, an artist, a wordsmith, a baller - Wayne Rooney is only one of these things.

In his prime, Rooney was one of the world's greatest players, a tactically-flexible forward who could fit into nearly any system and still look like the best on the pitch. 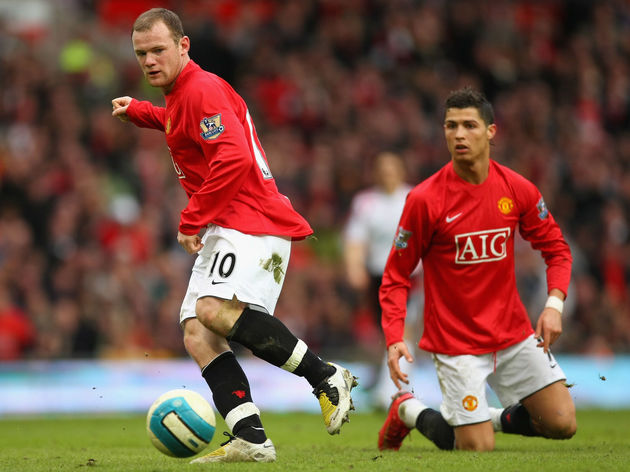 Recent years, particularly in the social media age, have been less kind to him, however. While he is still fondly remembered for what he did on the pitch, he's amassed quite the reputation off it for the random assortment of thoughts he posted on Twitter.

So, to honour him on his 34th birthday, here are 34 of the best tweets written by Wayne Rooney. You. Are. Welcome.

Going training. Me and Ashley cole destroying Defoe with banter. I'm sure I can see tears!!!!!!!

Ha, classic Wayne and Ashley with all of their banter!

I don't know if phil jones is signing for us just saying he is a good player that's all. I haven't got a clue if he is signing or not.

Can you imagine a top player doing this nowadays? Easy fine from the FA for tapping up.

@fizzer18 moyes is a legend. What he has done for everton is brilliant. Probably only made 1 mistake in 10 years. Signing u. Hahahaha

We wonder what Wayne Rooney thinks of David Moyes now, though his opinion of Phil Neville probably remains the same.​

Gutted to lose game last night. We move on to Uruguay now. We have to believe snow stay positive

​'Do not touch Willie.' Good advice!

One direction new song is brilliant.

​You know when players get asked who is in charge of the dressing room playlist? We're hoping that Rooney was in charge when Manchester United were sweeping up titles.

At safari park yesterday with kai. A nonkey has stole my back window wiper. Cheeky monkey.

A nice family day out to see the nonkeys.

Just to confirm to everyone i have now named my horse switcharooney.

​Well, it's a catchy name, we'll give him that.

Anyone know whrn the premier league startet. What year.

Thx. Looks like 1992. Man utd. Arsenal. Chelsea. Blackburn only 4 teams won it. Wow. I thought liverpool had won it ?

​​Some wholesome Piers Morgan bashing. This won't be the last instance of it in this list.

@rioferdy5 can't believe me and johnny getting the blame for farting. When @themichaelowen is sitting there wafting and grinning.

​​Yeah, that's it, just try and imagine what Wayne Rooney's farts smell like.

Trying to watch super bowl final. How do they call this football. Like watching paint dry. Looking forward to adverts and music.

​​Safe to say Wayne Rooney is not a fan of the NFL.

​Think we all feel the same way about Phil Neville by now.

20 - Taking on a Manchester City Fan

@carlfoster02 haha fat. U have more fat on ur face than i have on my body fatso. Go the gym. Fat boy

Turns out Rooney does not respond kindly to having his weight questioned. Duly noted, fatso.

Pepe. What an idiot. Sometimes people wind u up.

​Halcyon days remembering when former Real Madrid defender Pepe was the most aggressive man in football, and Rooney let him have a piece of his mind.

Here are two of the biggest names (and weirdest heads) in their respective fields looking like they've gone down to their local for a pint or two in Stourbridge.

@Ph1lj0nes were did u get ur highlights done mate. Thinking about getting it done myself. They look awesome haha

After a ringing endorsement about Phil Jones earlier, Rooney here manages to somehow tweet a parody account of his instead asking for hairdressing information. Peak 2011.

Having a great night in Barbados! In lexys piano bar with @ColeenRoo and friends.Been on the mic for about 7 songs and felt like a rock star

​​Seven songs? Can you seriously imagine Rooney singing seven songs on karaoke? What would they even be? Presumably some One D and Whitney...

Ahead of Real Madrid's Champions League final in 2014, Rooney wished the best of luck to former teammate Cristiano Ronaldo, before adding a Nike campaign slogan on the end.

Haha just realised we conceded 1 forgot about the goal. Anyway happy with win. Hello @piersmorgan how are u today old chap

​After a lacklustre United side had managed to beat Arsenal at the Emirates Stadium, Rooney took to Twitter to discuss the game, initially getting the scoreline wrong and then goading Piers Morgan.

Me and @rioferdy5 have just destroyed everyone at FIFA. 13 games won 12 drew 1. @luisnani nearly in tears twins sent to bed early

As someone who graced the cover for years, Rooney played a lot of EA Sports' FIFA, and brags to the world that he can't be stopped.​ Not even by Nani...or his twins?

@piersmorgan shut up u egg and get out of cowells hole. Won't tell u again.

Here we are, the birth of a classic internet meme - 'Won't tell u again.'​

​​After a summer-long saga which eventually saw Robin van Persie leave Arsenal for United, Rooney's reaction was a simple but effective one.

​The initial tweet may have been deleted, but screenshots from the time show that the culprit was asking if Rooney had any GCSEs, and he was blunt in his response. There you go kids, stay out of school.

Drogba. Your a good player but pls get up.

Just to confirm to all my followers I have had a hair transplant. I was going bald at 25 why not. I'm delighted with the result.

It's still a bit bruised and swollen when it dies down u will be first to see it. Anyone recommend any good hair gel. Haha

​​Rooney's hair transplant back in 2011 was initially only speculation until the big man came out confirmed it.

Just have to say 12 o'clock kick off is no good for players. Trying to force pasta down at 9 in the morning is not nice.

This is it, the big bad boys, the truly greatest tweets of Wayne Rooney, starting with his opinions on early kick-offs and early morning linguine.

​​A simple but effective review of Rowan Atkinson's hit character.

Hi rio do u want picking up in the morning pal

​​We think this was meant to be a text to Rio Ferdinand. Just a thought.

Utd til I die. Everton til I die. Believe. Come together. The beatles. Leg.

@WayneRooney I'll put u asleep within 10 seconds u little girl. Don't say stuff and not follow up on it. I'll be waiting

​After offering a fan out on Twitter, Rooney mistakenly replies to himself and makes quite the threat.

Whitney has passed away. RIP u will live on forever. Cant believe it. I wanna run to u. Really cant believe this. @