​Liverpool have released a statement condemning the unfurling of an offensive banner by the club's supporters during the 4-1 Champions League win over Genk.

An Alex Oxlade-Chamberlain brace, alongside further strikes from Sadio Mane and Mohamed Salah ensured Jurgen Klopp's men moved to within a point of Group E leaders Napoli as they look to retain their European crown.

But there was controversy off the field during the game as Liverpool fans inside the ground displayed a banner featuring striker Divock Origi, whose face was super-imposed onto the body of another person - depicting a common racial stereotype.

The Belgian striker, who earned a new contract and became somewhat of a cult hero after playing a key role in the Reds' Champions League success last season, came on during the second half against his former club, and his club were quick to condemn the actions of their supporters after the game.

A statement from the club, via ​Sky Sports, read:

"This is completely unacceptable.

The incident follows the abandonment of an FA Cup tie between Haringey Borough and Yeovil at the weekend, when players walked off the field following racist abuse from sections of the away following. 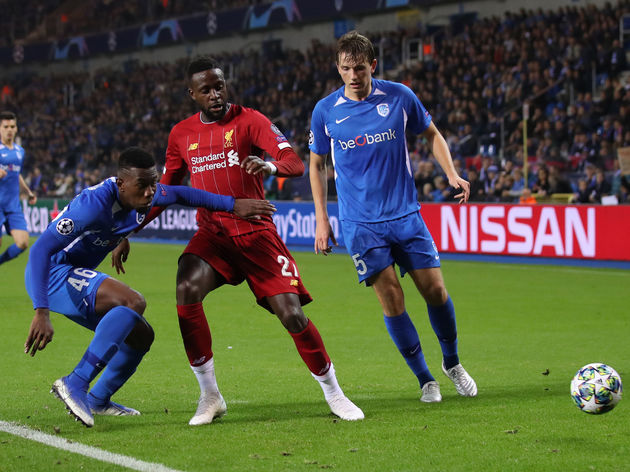 Two men, aged 23 and 26, were arrested on suspicion of racially aggravated common assault on Monday in the aftermath of the match, confirmed by the Metropolitan Police.

Prior to that, a number of England players were subjected to abhorrent chanting and salutes from large swathes of Bulgaria fans during a Euro 2020 qualifier in Sofia. The match was not abandoned on that occasion, but UEFA did initiate the first two phases of a three-step protocol aimed at eradicating racist abuse.