Title contenders Dortmund travel to the Veltins Arena in fourth place just one point ahead of their local foes who sit seventh.

Despite being tipped by many as favourites to end Bayern Munich's seven year reign as German champions, Lucien Favre's side have underwhelmed this season, losing to newcomers Union Berlin and dropping points against Werder Bremen, Freiburg and Eintracht Frankfurt.

Schalke on the other hand have looked revitalised under former Huddersfield boss David Wagner, and will be looking to get one over their local rivals in the ​​'mother of all derbies'. 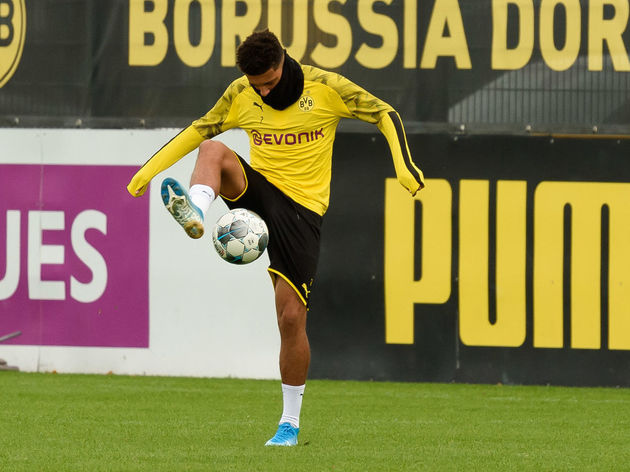 Jadon Sancho is expected to come back into the team after missing ​Dortmund's triumph in the Battle of the Borussia against Gladbach due to disciplinary issues.

​Schalke on the other hand will be without midfield trio Weston McKennie, Nabil Bentaleb and Suat Serdar through injury.

Everton loanee Jonjoe Kenny will most likely continue at right-back and goalkeeping prodigy Alexander Nubel is expected to captain the side amid speculation that he could follow in Manuel Neuer's footsetps and join Bundesliga champions Bayern Munich on a free transfer in the summer. As is to be expected, the head-to-head between these two is brutally close.

Dortmund edge it slightly with 33 wins to Schalke's 32. There have been 30 draws between the two sides. The match tends to be entertaining with an average of over two goals per game.

The last game between the two was characteristically a thriller, with ​Schalke triumphing 4-2 over Dortmund side that finished with nine men. After a run of three successive victories Schalke have stuttered somewhat in their last two games, picking up just one point from a possible six.

Dortmund's recent form can be looked at two ways. Lucien Favre's supporters will point out that they are unbeaten since their shock loss to Union Berlin on matchday three of the Bundesliga season. But his detractors will note that they have only won two out of their last five, drawing the other three and surrendering vital ground in the title race.

Schalke have been good away from home, only losing to ​Bayern on their travels this season, while Dortmund have been good at home winning all but one of their Bundesliga games at the Westfalenstadion this campaign. One of these records will have to be proved wrong at the weekend. These games always have goals in them, and with both sides having slightly leaky defences it's hard to see anything different this time around.

Dortmund's superior quality will just edge it for them on the day, in what is a must win game if they are serious about challenging for the title this year.