Scoring just one goal in the Champions League is a fantastic accomplishment in itself, but to net a hat-trick really is something special. ​Blackburn Rovers found themselves in the ​Champions League group stage during the 1995/96 campaign, and striker Mike Newell did all he could to try fire them through to the next round.

Unfortunately, when Blackburn met Rosenborg in the final round of fixtures in December 1995, Blackburn were already eliminated from the competition, but they went out with a bang as Newell netted three of his side's goals in an emphatic 4-1 win.

He became the first Englishman to do so in the competition, but he certainly was not the last. 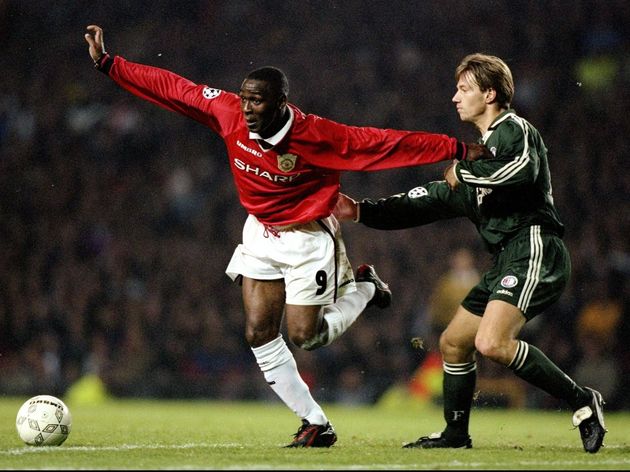 ​Manchester United icon Andy Cole is heralded as one of the finest strikers in club history, and his performances in the Champions League certainly helped build his reputation.

In November 1997, Cole struck a hat-trick in a group stage match over Feyenoord, becoming the second English player to net three times in one game. However, he then went on to become the first to net multiple hat-tricks.

On the opening day of the 2000/01 campaign, Cole fired home another three goals in a 5-1 win over Belgian giants Anderlecht which, at the time, made him United's record scorer in European competition. 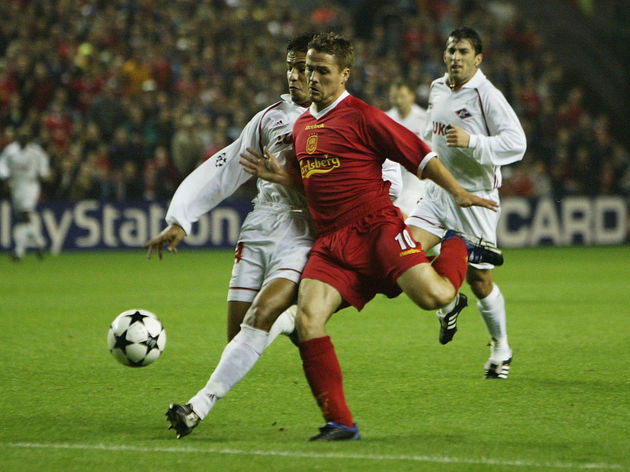 The only Englishman to net a Champions League hat-trick for two different sides, Michael Owen first etched his name into the record books ​during the 2002/03 season with ​Liverpool.

He netted all three of his side's goals in a 3-1 win over Spartak Moscow in the group stage, and it was that kind of form which earned him an eventual move to ​Real Madrid.

Owen found his way to Manchester United in 2009, and it was with the Red Devils that Owen netted his second hat-trick. In a 3-1 victory over Wolfsburg in the 2009/10 campaign, he again scored all three goals to steer United through to the next round. The 2002/03 season was Alan Shearer's only year in the Champions League with ​Newcastle United, but the iconic striker took the opportunity bring his goalscoring to the European stage.

In the second group stage of the competition (back when that was a thing), Shearer fired his hat-trick in a 3-1 win over Bayer Leverkusen in February 2003, and he followed that up with another two goals against Inter next time out.

Unfortunately, his goals weren't enough to see Newcastle through to the knockout stages, and he never got another chance to lead his side in Europe's top competition. Wayne Rooney was the hottest prospect in English football when he made his move to United in 2004, and he wasted little time announcing his arrival on the European stage.

On what was his debut for the club in September 2004, Rooney struck a hat-trick in a huge 6-2 win over Fenerbahce, making him one of the youngest players to ever score a Champions League hat-trick.

They were his only goals of the competition that year, but it certainly endeared him to the Old Trafford faithful. After being discarded by United in 2014, Danny Welbeck had something to prove to the world. Then with ​Arsenal, the Englishman was given the chance to lead the line in that year's Champions League, and he did not disappoint.

Welbeck struck three times in a 4-1 win over Galatasaray in October 2014, which was the first hat-trick of his career.

Unfortunately, injuries soon took their toll on Welbeck, and he was eventually allowed to join Watford on a free transfer in August 2019.​ England's current first-choice, ​Harry Kane has been scoring goals for fun for years, but his finest European night came in September 2017.

After netting two goals in ​Tottenham Hotspur's victory over ​Borussia Dortmund on the opening day of the competition, Kane one-upped himself and struck three times in a 3-0 win over APOEL Nicosia.

2017 was a record-breaking year for Kane, who netted 56 goals across the 12 months to finish as Europe's top goalscorer for the season. Under the guidance of manager Pep Guardiola, Sterling has become one of the most prolific wingers around, and he is the first Englishman who is not a striker to net a hat-trick​ in the Champions League.

With the way he is currently playing, it would not come as a surprise to see Sterling net another in the near future.